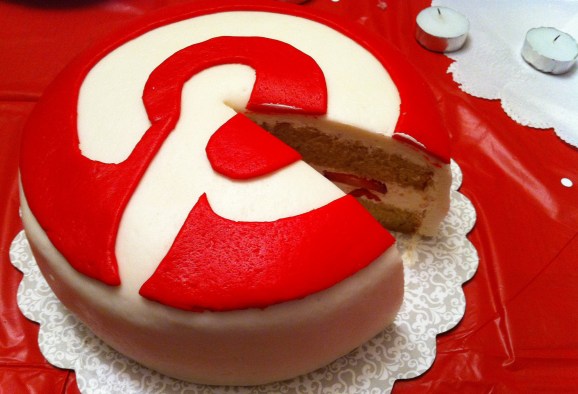 Visual bookmarking and discovery platform Pinterest has more than 100 million monthly active users (MAUs). This milestone was revealed in a report by The New York Times earlier today and has since been confirmed by the company.

“Pinterest started five years ago as a place to save the best of the Web, and has evolved into a discovery engine that helps people discover, save and do things they love,” said a company spokesperson in an email with VentureBeat.

Although it was founded in 2010, it’s taken five years for the company to publicly declare its user numbers. But why now? It’s not immediately clear, but Pinterest has been finding new ways to monetize itself –through Ad Pins and now by opening up its Developers Platform, which includes participation from IFTTT, Polyvore, and, most recently, Topshop. With all this attention, the company may feel it has to demonstrate the value of investing in its platform.

In other statistics, Pinterest appears to be growing across the board. The company told VentureBeat that the numbers of Pinners “have doubled” in the past 18 months and that about 70 percent of people aren’t just visiting the site, but are also finding items of interest and taking action (save or click-through).

The number of searches done on Pinterest has also grown 81 percent annually, but the company didn’t disclose that specific number.

It’s believed that two-thirds of all content people pin comes from a retail site or blog (rather than from an individual) — perhaps not surprisingly, as this is where all the cool, new products come from.

As a so-called unicorn with a valuation of $11 billion, could Pinterest be getting ready for a public offering? There have been rumors, but Pinterest chief executive Ben Silbermann has quashed them by saying: “We don’t have any short-term plans to go public.”

The 100 million-MAU figure may match third-party pundits who have estimated the service’s user numbers. In February, eMarketer published a report in which it took a guess at the visual discovery platform’s size: 47.1 million in 2015 in the U.S. Pinterest says that 45 percent of its Pinners are international, so it could be that eMarketer may not have been totally off.