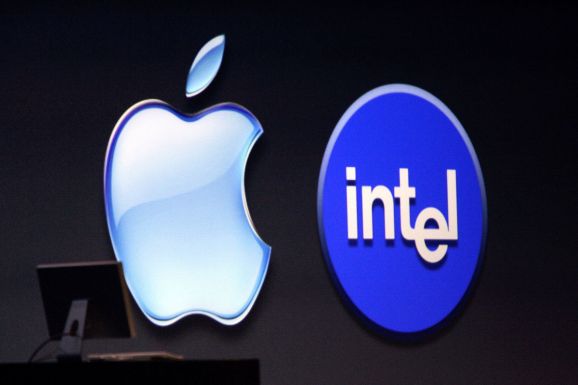 Intel has for months been working with Apple to provide the fast wireless modem chip for some 2016 iPhones, and the work continues apace, VentureBeat has learned from two sources with knowledge of the situation.

While Intel’s new 7360 LTE modem will occupy a socket on the circuit boards of some new iPhones next year, our sources said it remains unclear exactly which iPhone SKUs will contain the chip. Many, if not most, 2016 iPhones will contain Qualcomm’s 9X45 LTE modem chip.

VentureBeat reported last March that Apple and Intel were working together on the LTE chip. A source at Mobile World Congress told VentureBeat that deal was “Intel’s to lose,” meaning that the only way Intel could lose its spot in a 2016 iPhone is by missing key development milestones. Intel has apparently hit its milestones so far.

Intel’s 7360 LTE modem chip is highly regarded in the mobile industry for being well-built, power efficient, and fast. The chip is capable of 450 megabits per second (mbps) of download speed, and supports Category 9/10 LTE and 3X carrier aggregation.

But one source said that Intel’s inclusion as an iPhone modem supplier is as much about “second-sourcing” as it is about the quality of the 7360 chip. As iPhone sales volumes have continued to shoot upward, Apple has become more concerned about the component supply chain, and has become more interested in splitting the LTE modem chip supply between two companies.

Intel arrived late to the mobile market with its processors and has been fighting to gain traction against Qualcomm’s commanding lead.

Intel has been especially responsive to Apple’s needs, one source said, because getting an Intel chip into the modem socket on the iPhone would be a major milestone in the chipmaker’s uphill climb in mobile.

In the long view, the 7630 chip in the iPhone may be seen as a beachhead for Intel. Apple likes the idea of building the phone processor and the LTE modem on the same chip, which would allow for greater power efficiencies in the phone.

Meanwhile, Apple and Qualcomm have an uneasy relationship, our sources said.

Much of the two companies’ work together takes place at an Intel facility in Munich, Germany. The facility is the former home of Infineon’s communications chip business, which Intel acquired back in 2010. It’s now the seat of research and development for Intel’s next generation of LTE chips.

Infineon once produced the 3G modem chips for iPhones at the Munich facility, but Apple quickly stopped sourcing the chips from Infineon after Intel bought the company.

Neither Intel nor Apple chose to comment on this story.