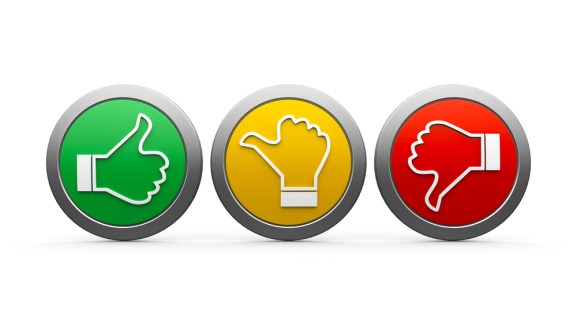 For well over a decade, consumers have increasingly turned to online review sites to vet purchase decisions before they buy. Take a look at the top trafficked sites on the web, and it’s no shock to see consumer review sites by the likes of Amazon and Yelp both squarely in the top ten.

In fact, reading reviews prior to purchasing has become so ingrained in American consumption habits, 55 percent of all shoppers say online reviews influence where and how they spend their hard-earned cash.

Why then, when every person on the street checks a review site before buying a coffee, is it such a surprise to the software industry that consumer reviews actually matter in their space? In an industry generally considered “innovative,” product reviews are a shockingly late-adoption.

Just Google “Yelp of Business Software,” and you’ll see more than a handful of software review  sites (full disclosure: my own included) battling to be the preeminent source of software reviews. Between these new entrants in the space, and the growing popularity of product reviews across all industries, the software industry has reached a tipping point. It’s time for software industry goliaths to face the music: invest in actively managing their online reputation, or be wiped out by up-and-coming, lower-priced competitors who are already listening and responding to online reviews.

Don’t take my word for it. Take a look at the data we collected to see how software reviews actually influence B2B purchasing behavior:

Why does this matter now? What changed that makes buyers so interested in what other users are saying about software, when traditional B2B sales and marketing tactics used to be enough?

The evolution of business software reviews

When Capterra introduced a business software reviews service nearly eight years ago, we immediately got pushback from software vendors. Everything from, “I don’t want to participate,” to “What if somebody leaves a bad review?” Some jumped on board immediately, but the vast majority took more coaxing. We still get plenty of pushback today.

Today, we’re seeing the frequency of business software reviews skyrocket. Capterra just surpassed 30,000 total software user reviews on our site, doubling our total number of software reviews between 2013 and 2014. And we’re on pace to double again in 2015.

I have any number of guesses as to why, after so many years, business tech buyers are finally starting to jump on the bandwagon:

As for software companies: Why not encourage your users to share their thoughts with potential users? Why not let feedback tell you how to differentiate your software better?

Regardless, your users will still be out there discussing your software’s service, functionality, interface, and price. And they’ll be doing it publicly. You can be a part of the conversation, or you can continue investing marketing dollars into ignoring your problems.

Michael Ortner is CEO of Capterra.