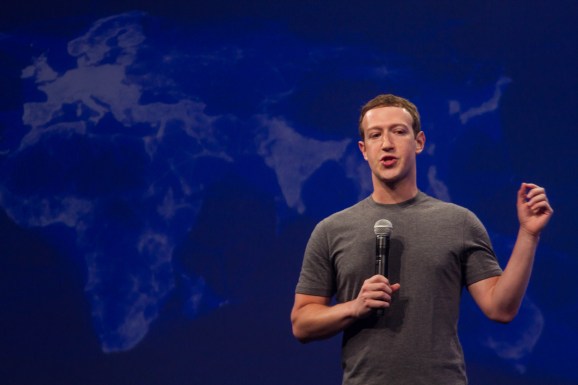 Mark Zuckerberg has issued a call to action to prod world leaders into prioritizing universal Internet access. Facebook’s chief executive has signed on with international advocacy organization ONE Campaign to help bring this cause to the forefront. He has said that Internet access is “essential for achieving humanity’s Global Goals.”

The statement seeks to draw attention to the United Nation’s Global Goals, which the world body adopted this week — namely, to the section that demands Internet access for all (including the least-developed countries of the world) by 2020.

In a speech at a United Nations luncheon today, Zuckerberg also announced that Facebook was partnering with the UN’s High Commissioner for Refugees to bring web access to refugee camps around the world.

“Internet access is a catalyst for creating a world of greater freedom, fairness and dignity for all peoples, everywhere,” said ONE cofounder and global executive director, Jamie Drummond, in a statement. “Every country must now agree an urgent plan to implement the Global Goals, and mission-critical within those strategies is connectivity for all. The Pope and Malala have spoken eloquently about the one world and one family we’re all a part of, and the internet, at its best, facilitates that unity. But when three billion are left beyond the internet, they are left behind and left out of that family. That must change and fast.”

In a Facebook post, Zuckerberg wrote that Internet access will allow those without a voice to speak out and empower those that once were powerless. “We also know that the internet is a vital enabler of jobs, growth and opportunity,” he wrote. “And research tells us that for every 10 people connected to the internet, about 1 is lifted out of poverty.”

Of course, one doesn’t have to look far to see the importance of Internet access — consider how it affected the Arab Spring and protests in China, to name just two examples.

However, skeptics look past any altruism on Zuckerberg’s part to point out that his company will clearly benefit from expanded Internet access. And while his Internet.org program hopes to reach 100 countries within the next year, it has met with criticism, especially from those who claim it violates the principles of net neutrality and provides access to a limited number of sites.

Critics also object to the idea of giving Facebook even broader reach. “Facebook has proven over and over again that its goal is to make our personal lives less private. With the recent expansion of the Internet.org platform, what has evolved is an increasingly misleading model. The company is asking Internet.org users to give up their privacy and freedom of choice. Facebook, by ensuring that it is a gatekeeper of content, is ensuring that the users of Internet.org are a second tier of Internet citizens,” said Rafael Laguna, chief executive of collaboration software provider Open-Xchange, in an email to VentureBeat.

Zuckerberg continues to press his case and hopes Internet.org will continue to lead the way in expanding access. Besides speaking at the UN today in its private sector forum, Facebook’s CEO was in high-level tech talks with China’s premier earlier this week, and will host a town hall Q&A session with India’s Prime Minister, Narendra Modi, tomorrow at Facebook’s headquarters. It’s possible that Zuckerberg will bring up this initiative to see if Modi is prepared to back it.