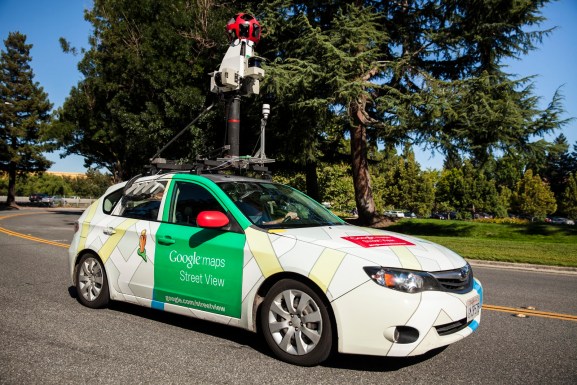 Google wants to help measure air pollution while also mapping air quality in our communities. The company announced that it will be using its Street View cars in California to understand how safe the air is. It will be using sensors provided by Aclima to collect air quality data, which will be transformed into visual information for scientists to assess how our health is being impacted.

Starting today, as Google’s Street View cars roll through the streets of San Francisco, Los Angeles, and the Central Valley region, they’ll have Aclima sensors embedded on them to sense air pollution. Google says these three major metropolitan areas were selected because with nearly 30 million registered vehicles, managing the air quality in the state is a big challenge, even with all the environmental policies put in place by Governor Jerry Brown’s administration.

Although San Francisco, Los Angeles, and the Central Valley region are named, it appears that other areas within California may be targeted, so don’t be surprised when you see the Street View car come by.

This is the second time Google has worked with Aclima on this type of project. In July, it announced a pilot program in Denver, Colorado using Street View cars. So it’s likely that more cities and metropolitan areas will be added.

All of the data collected by the Aclima sensors will be available on Google Earth Engine to anyone who wants to help analyze and model the data.

Why help measure air quality? For our health. As Google’s Earth Outreach program manager Karin Tuxen-Bettman wrote, “at high concentrations, particulate matter, black carbon, ozone, and other pollutants can trigger asthma attacks and make COPD worse. Worldwide, these pollutants lead to millions of premature deaths each year. These are the pollutants our cars will be measuring.”

Google’s Street View cars provide an incredible opportunity to collect a lot of data from our communities. Not only are these vehicles already traversing neighborhood and city streets, but they’ll be able to provide specific information by particular location, not just in general terms. So perhaps we might be able to visualize that a particular block of downtown San Francisco has much cleaner air than, say, the area right near Fisherman’s Wharf.

This isn’t the first environmental project that Google has done. Last year, it worked with the Environmental Defense Fund to map methane leaking from natural gas local distribution systems.