Consumer electronics and accessories maker Logitech has launched a slick new home-monitoring video camera that’s as much about snapping priceless family moments as it is about recording intruders.

Though you may be more familiar with Logitech for its PC peripherals, such as mice and keyboards, it is no stranger to cameras, with a slew of webcams and security cameras to its name. But the Circle is aimed squarely at the smartphone-toting family setup, and powered by a handful of neat features to ensure you capture everything important for posterity.

The $200 Circle is Logitech’s second product to sport the company’s new Logi brand, following a triumvirate of iPad cases back in July. The new brand represent’s part of the Swiss company’s efforts to reinvent itself with smarter, sexier designs after it hired former Nokia chief designer Alastair Curtis back in 2013. VentureBeat grabbed some hands-on time with the Circle — here’s how it stacks up.

Setup is pretty straightforward — switch the Circle camera on and it should pair easily with your phone over Bluetooth. That said, I did encounter issues setting the camera up through the Android app, though I think that may be due to the Android version that’s used on my OnePlus 2 smartphone. It worked flawlessly through the iOS app on the first attempt.

Both the Android and iOS apps worked like a charm once the camera was set up, and I was able to easily access the Circle’s functionality anytime, anywhere.

With real-time HD (1080p, not full HD) video-capturing, wide-angle viewing, and an 8x zoom, you can tune in to watch what’s happening in your house, wherever you are in the world. Curiously, the camera also serves up a 30-second “Day Brief” of all the best events it has captured on a given day, enabled in part by Logitech’s so-called “Scene Intuition” which “adapts to your home to identify and record interesting activity.”

Digging down into the Circle’s other features, it offers a two-way “talk and listen” feature so you can essentially bypass Skype and use this as a telephone to chat with your loved ones back home. This may be a little creepy for some, however, given that the camera can be sitting innocuously on a cabinet in the corner, and all of a sudden, from a hotel room on the opposite side of the world, you could yell “WATCHA DOING” to your spouse while they fix themselves a coffee in the kitchen. Actually, that could be quite fun, but you get the point — it’s open to abuse by pranksters in the family. It’s worth noting here that anyone with the app installed on their phone can turn off the speaker.

Perhaps one of the core selling points of the Logi Circle is that you can either have it permanently plugged in to your main power supply, where it sits nestled on a little charging ring, or you can pick the camera up and put it anywhere within range of a Wi-Fi connection — it promises three hours on battery, and “up to 12 hours” in power-save mode. It also has a night-vision feature, which could be useful for capturing wild animals frolicking in your back garden, or it could be useful as a baby-monitor. 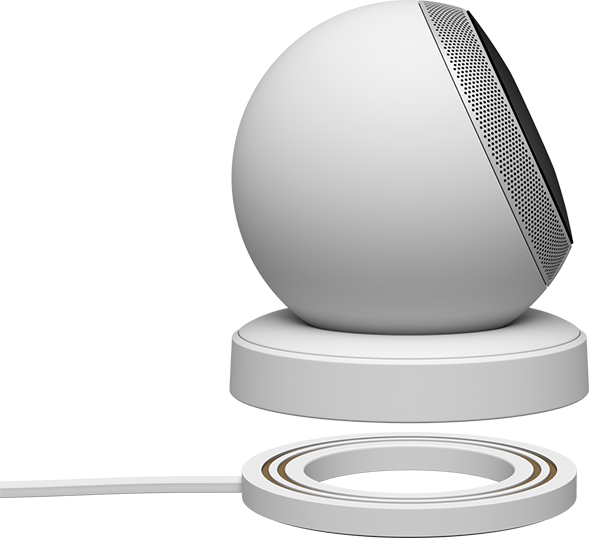 Above: Logi Circle: Base

Though the Circle doesn’t have a motion-sensing feature in a traditional form, it does replicate this with a “video analysis algorithm” that senses when there is “significant motion.” This helps it conserve storage and reduces “spam” movements such as moving shadows, your fan blowing, or leaves rustling on a tree outside.

The Circle actually reminds me a little bit of the Homeboy security camera in terms of look and feel, and part of me wishes the Circle offered some of the functionality of the Homeboy. Logitech is careful not to pitch the Circle specifically as a home-security camera; it’s more of a life-logging device. But it still claims the camera can be used for security — which it can. For example, if someone were to break into your house, this would record the incident and save it to the cloud.

However, the Homeboy and other security-focused cameras on the market will broadcast a shrill noise to scare off intruders if they detect movement and send an immediate alert to your phone. The Circle can be set up to issue an alert to your phone if a significant movement is detected, but no alarm can be triggered automatically. 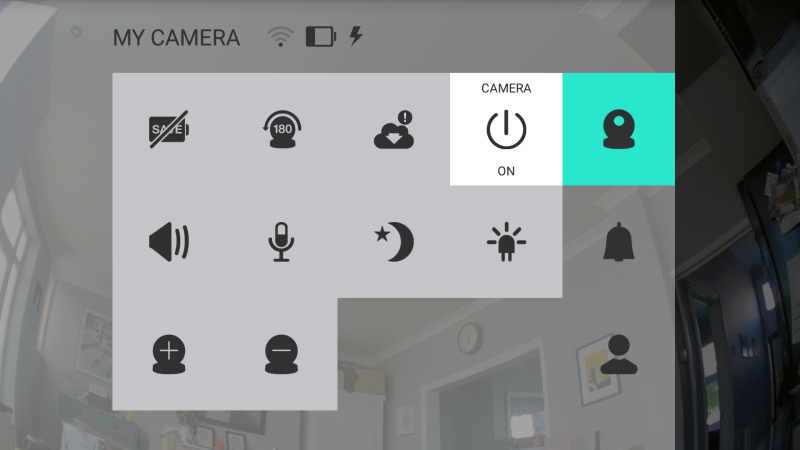 This may seem minor, but the alarm feature is integral to any camera that’s serious about its security credentials. While I appreciate that Logitech isn’t selling this specifically as a security camera, it’s a common use-case, so it would’ve been good to offer this as an optional setting.

“There’s a new movement in home monitoring,” said Vincent Borel, director of new ventures at Logitech. “The nature of today’s connected world is changing the way people interact with cameras in the home. Video surveillance is no longer just about security, it’s about staying connected with our homes and loved ones.”

In terms of where all the hours of juicy video are stored, the Logi Circle comes with 24 hours of free cloud storage, and we’re told that longer-term options are currently being worked on. However, you’ll be pleased to know that you can also download videos directly to your device.

Logitech told VentureBeat that the camera was only available for pre-order in the U.S. and some parts of Europe, but it looks like it’s fully available to purchase now based on the website’s information.

Overall, I’ve been very impressed with the Logi Circle camera. It’s slick, and it works exactly as described on the first attempt. The most obvious comparison here is the Google-owned Nest Cam that was formerly known as Dropcam, as they are similar devices at the same price-point. However, Logi’s Circle can work off a battery, which is a major selling point for me.

You can check out Logitech’s Circle promo video here.