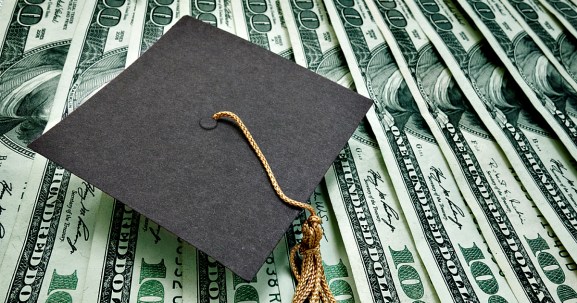 SoFi, a U.S.-based student loans marketplace for lenders and borrowers, announced on Wednesday that it has secured a further $1 billion in funds led by Japan’s SoftBank. It’s calling it the “largest single financing round in the fintech space to date.”

Surprisingly, SoFi is still not as well-known as some other startups of its size. A post-money valuation was not disclosed, but it’s now raised a total $1.42 billion to date. Existing investors that came back for this round include Third Point Ventures, Wellington Management Company, Institutional Venture Partners, Renren, Baseline Ventures, and DCM Ventures.

SoFi said that the fresh funds will be used to accelerate growth by helping it bring to market “new products and experiences.” The company’s chief executive and cofounder, Mike Cagney, said the goal is to become “the most trusted financial services partner in the U.S.”

Since launching in the student loans space in 2011, SoFi has expanded into new offerings — including mortgages, mortgage refinancing, and personal loans. It said it has now funded more than $4 billion in loans and expects to surpass $6 billion by the end of this year.

While “accelerate growth” and “new products” are fairly vague comments on how the billion freaking dollars will be used, SoFi does get a little more specific: In the coming months it plans to expand its member services (including its Entrepreneur Program and Career Services team) by further building out its job boot camp and job board exclusive to community members. It will also simplify the user experience and push harder into mobile.

By the end of the year, SoFi plans to add 100 more employees, taking its total to 500, with existing offices in California, Montana, Washington DC, and Texas. We reported the company’s earlier $500 million round back in 2013, but it most recently raised a $200 million Series D round in February.

A big behemoth of a fintech monster to watch closely.