Google has officially changed its name to “Alphabet,” according to a filing with the Securities and Exchange Commission.

Alphabet will act as a holding company, comprising all of Google’s various companies, as well as the original search and services business.

(See our “Everything you need to know about Alphabet, Google’s new holding company” for a fuller picture.)

Today was the last day that Google stock will be traded on the NASDAQ. 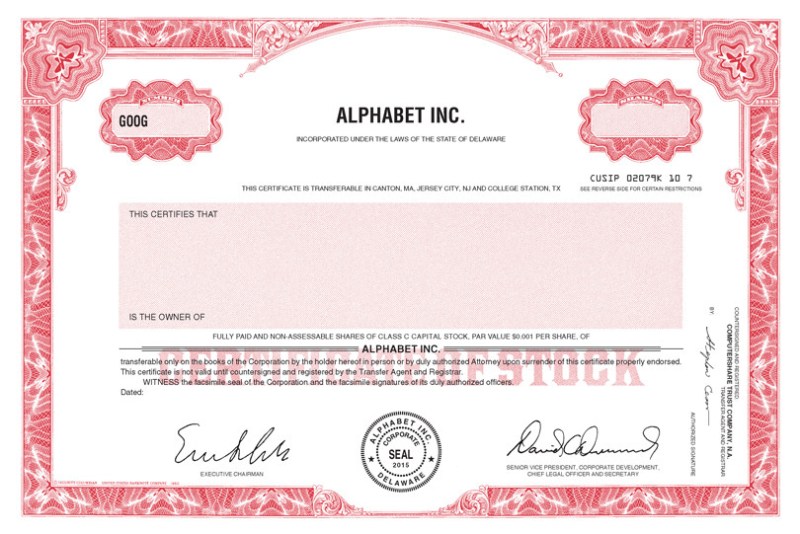 On Monday, Alphabet shares of Class A Common Stock and shares of Class C Capital Stock are expected to commence trading on NASDAQ under the symbols “GOOGL” and “GOOG,” respectively, according to the filing.

Larry Page and Sergey Brin are expected to focus on running the parent company (Alphabet) and spend less time with the day-to-day operations at Google.

Each company under Alphabet will be focused on issues that are “afield” of Google’s main Internet products. Such entities include its Life Sciences team, which focuses on its glucose contact lens, and the longevity exploration team at Calico.

Other companies under Alphabet will include its mysterious X lab and its investment arms, Google Ventures and Google Capital.

So what remains within the entity known as “Google”? Search, advertising, YouTube, email, maps, and of course Chrome and Android (which heir-apparent Sundar Pichai took over in 2014).

Nest, Fiber, and Google wearables like Google Glass will apparently be cast to Alphabet, as, most likely, will the self-driving car initiative through Google’s automotive program.