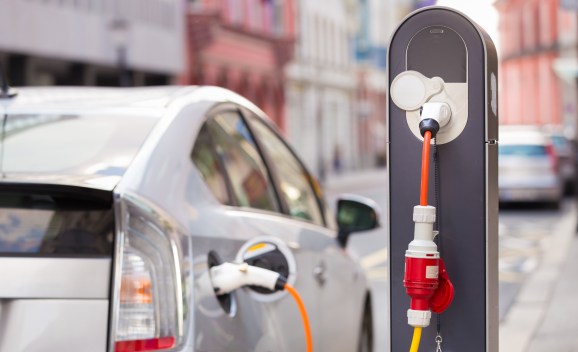 (Reuters) – China wants to speed construction of a national network to charge electric cars, to help reach an ambitious goal of 5 million green vehicles on its roads by 2020, national news agency Xinhua said on Sunday, citing a senior energy official.

A shortage of charging facilities has long been a roadblock for sales by electric car makers, from domestic firm BYD Co Ltd to U.S. rival Tesla Motors, as well as for government plans to rein in high levels of pollution.

China has made some progress on car charging infrastructure but its approach has lacked coordination, National Energy Administration deputy head Zheng Zhajie said.

“It’s like with phone chargers, it’s a bit all over the place,” he told Xinhua. “Everyone has a pile of different chargers and a pile of batteries. Now we’re trying to improve things, moving towards unifying and standardizing.”

China aims to equip at least one in ten public car park facilities for electric car charging, he said, adding that the State Council, or cabinet, would soon issue guidance for the infrastructure roll-out.

China cut taxes on small-engine cars last week in an effort to revive its wider automobile market, the world’s biggest since 2009, although a recent economic slowdown has weighed on sales.

But one bright spot this year has been sales of green cars, which have almost quadrupled from the 2014 figure. The government sees electric cars as China’s best shot at closing a competitive gap with global rivals who have a 100-year headstart in traditional combustion engines.

China has rolled out aggressive targets for vehicle fuel efficiency that will grow gradually stricter until 2020, when its standards will exceed those of the United States and roughly match Japan.