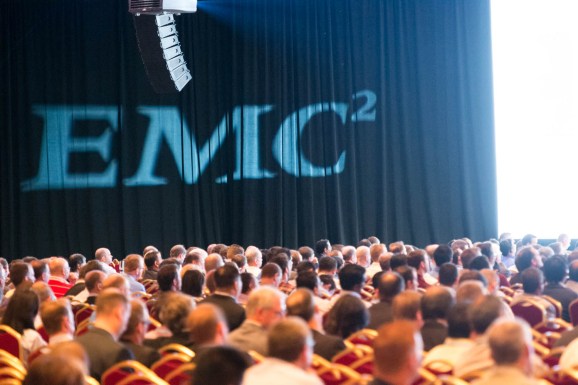 Computing giant Dell has acquired data storage behemoth EMC to create what it calls the “world’s largest privately-controlled, integrated technology company” in a deal worth $67 billion. Today’s confirmation comes days after rumors first emerged of a possible buy-out, and the deal represents the biggest tech-only acquisition of all time.

EMC shareholders will receive $24.05 per share, according to a press release, as well as “tracking stock linked to a portion of EMC’s economic interest in the VMware business.” Indeed, the deal will have raised questions around VMware, a company bought by EMC in 2004 that provides cloud and virtualization services. VMware has hitherto been a separate, publicly trading company under EMC on the New York Stock Exchange (NYSE), and under Dell this will continue to be the case.

Michael Dell, founder, chairman, and CEO of Dell, said in a statement:

“The combination of Dell and EMC creates an enterprise solutions powerhouse bringing our customers industry leading innovation across their entire technology environment.

Our new company will be exceptionally well-positioned for growth in the most strategic areas of next generation IT including digital transformation, software-defined data center, converged infrastructure, hybrid cloud, mobile and security,” said Mr. Dell. “Our investments in R&D and innovation along with our privately-controlled structure will give us unmatched scale, strength and flexibility, deepening our relationships with customers of all sizes.”

Founded in 1979 and headquartered in Hopkinton, Massachusetts, EMC largely sells on-premises storage technology to enterprises, and has perhaps been slow to embrace the cloud. It’s no stranger to big-bucks acquisitions itself, having acquired Virtustream, a public cloud and cloud software provider, for $1.2 billion just a few months back. But shortly after, it sold Syncplicity, a file syncing and sharing service that works with cloud and on-premises data center storage, to a private investment firm. So EMC’s intentions for its future roadmap have been a little muddy of late.

But with $24.4 billion in revenue last year, it’s clear that EMC is a big-hitter, and any company wishing to acquire it was always going to have to pay top dollar. This deal is also indicative, perhaps, of how keen EMC was to safeguard its future in the fast-changing technology landscape.

“I’m tremendously proud of everything we’ve built at EMC — from humble beginnings as a Boston-based startup to a global, world-class technology company with an unyielding dedication to our customers,” said Joe Tucci, chairman and CEO at EMC. “But the waves of change we now see in our industry are unprecedented and, to navigate this change, we must create a new company for a new era. I truly believe that the combination of EMC and Dell will prove to be a winning combination for our customers, employees, partners and shareholders.”

In effect, the deal pulls together collective resources covering computers, storage, servers, and virtualization, to create a giant. This is the largest tech-only acquisition in history, and should go some way toward helping Dell shift from the downward-spiraling PC market into the potentially lucrative data storage market for enterprises.

The deal, of course, has yet to be finalized, but today’s news means that EMC’s Board have rubber-stamped the acquisition and will recommend that shareholders also give the go-ahead.