Samsung has launched yet another device running the Linux-based Tizen operating system — the Samsung Z3 smartphone.

The so-called “Android-replacement” operating system has been a core feature of Samsung’s smartwatches and some cameras. It first showed up on a smartphone earlier this year, in the form of the Samsung Z1, a $92 India-only device that went on to shift more than one million units.

The Samsung Z3 weighs in at 8,490 rupees, or $130, and is available this month (India only) in gold, silver, and black. Tizen has always been pitched as a “lighter” operating system, which makes it ideal for lower-end smartphones and wearables, such as smartwatches. But, in keeping with its heftier price tag, the Z3 comes with better specs.

Rather than the 800×480 4.0″ LCD screen of the Z1, the latest incarnation sports a 5-inch HD Super AMOLED display. It also has a more powerful processor, double the on-board storage, slightly more RAM, a better camera, and a much bigger battery. 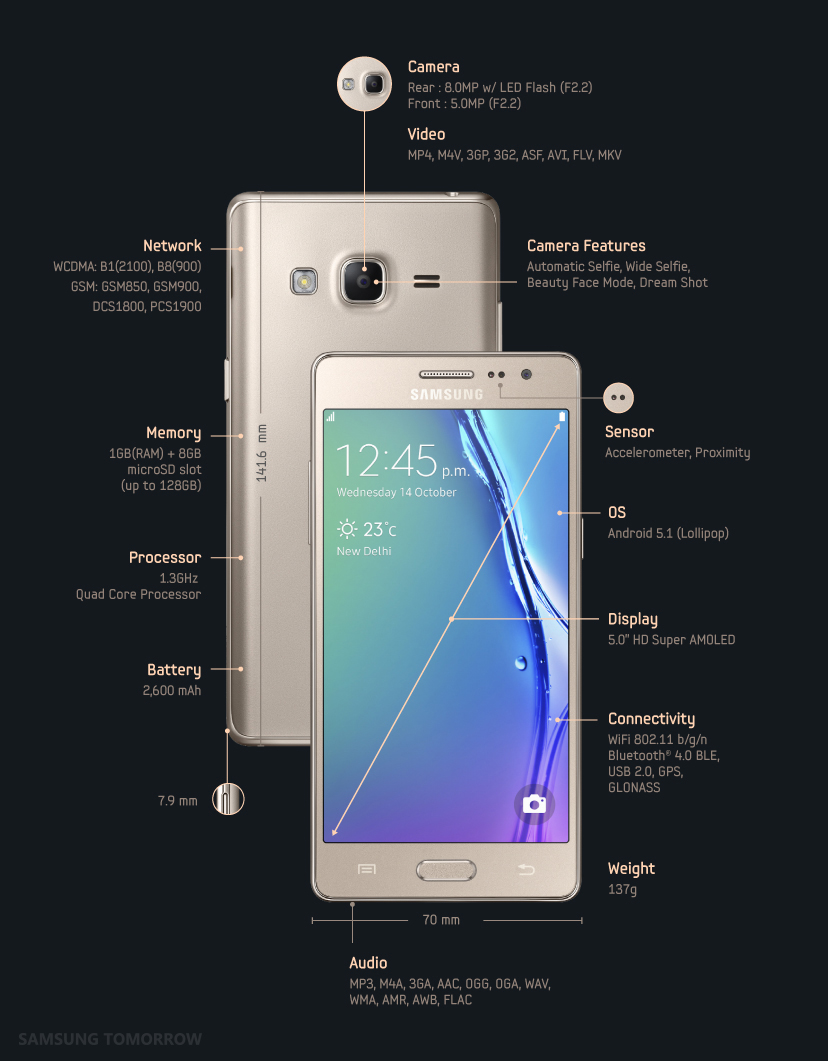 It’s clear that Samsung has at least some ambitions for Tizen, but it’s not ready for prime time smartphone markets where Android or iOS rule the roost.

Indeed, the lack of a serious app ecosystem will always count against it, though Tizen does come with some of the big-name apps. Samsung says the Z3 has been “designed specifically for the Indian market” with the “My Galaxy” app delivering various localized services, deals, and content. There’s also an exclusive tie-in with Mix Radio, the music-streaming service acquired from Microsoft by Line last year.

“As a pioneer of Tizen platform, we have continuously introduced Tizen-based mobile devices, including Samsung Z1 and Samsung Gear S2, in our commitment to develop the Tizen ecosystem,” said JK Shin, CEO and head of IT & mobile business at Samsung. “We developed the Samsung Z3 to provide the features that will help consumers capitalize on the growing Tizen ecosystem and make the most out of their personal mobile experience.”