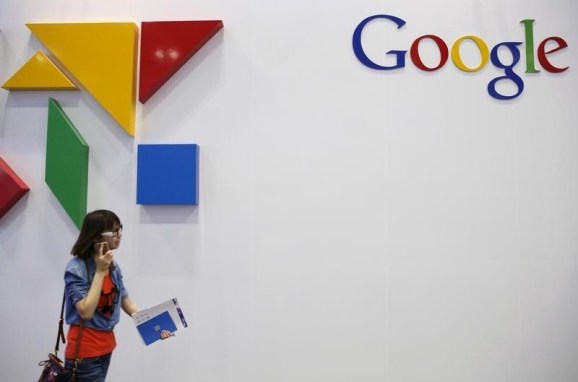 A woman walks past a logo of Google at the Global Mobile Internet Conference (GMIC) 2015 in Beijing, China, April 28, 2015. REUTERS/Kim Kyung-Hoon/Files

NEW YORK (By Joseph Ax) — A U.S. appeals court ruled on Friday that Google’s massive effort to scan millions of books for an online library does not violate copyright law, rejecting claims from a group of authors that the project illegally deprives them of revenue.

The 2nd U.S. Circuit Court of Appeals in New York rejected infringement claims from the Authors Guild and several individual writers, and found that the project provides a public service without violating intellectual property law.

The authors sued Google, whose parent company is now named Alphabet Inc <GOOGL.O>, in 2005, a year after the project was launched. They claimed that the scanning illegally deprived them of revenue.

But Google argued that the effort would actually boost book sales by making it easier for readers to find works, while introducing them to books they might not otherwise have seen.

A Google spokesman and a lawyer for the authors both did not immediately respond to a request for comment.

Google had said it could face billions of dollars in potential damages if the authors prevailed.

Circuit Judge Denny Chin, who oversaw the case at the lower court level, dismissed the litigation in 2013, prompting the authors’ appeal.

A unanimous three-judge appeals panel said the case “tests the boundaries of fair use,” but found Google’s practices were ultimately allowed under the law.

“Google’s division of the page into tiny snippets is designed to show the searcher just enough context surrounding the searched term to help her evaluate whether the book falls within the scope of her interest (without revealing so much as to threaten the author’s copyright interests),” Circuit Judge Pierre Leval wrote for the court.

The 2nd Circuit had previously rejected a similar lawsuit from the Authors Guild in June 2014 against a consortium of universities and research libraries that built a searchable online database of millions of scanned works.

Google Books began after the company agreed with several major research libraries to digitize current and out-of-print books from their collections.