The Internet of Things has been the next big thing for a decade. This year, somewhat surprisingly, it is actually becoming a reality — over a billion wireless IoT devices will be shipped by the end of 2015, according to Deloitte. 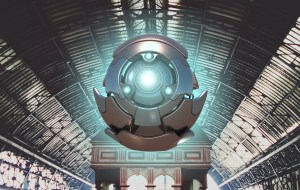 Smartifying the world is still a confusing mess of protocols, standards, and platforms. So a small startup with roots in global messaging is launching a device cloud platform to let everything talk, interoperate, send and receive data, and make it easy for developers to build the web of invisible services that will make all our individually dumb devices smarter in aggregate.

“It’s kind of like the early days of the micro-computer when you had Commodore, Sinclair, and Atari,” Golgi cofounder and CTO Brian Kelly told me yesterday. “The real explosion happened when interoperability came along — the PC standard — which was sort of the first hardware standard. What we see is that APIs are wiring everything together.”

The platform helps developers create APIs for their IoT devices, build custom connectors for any web service, and give their hardware easy ways to connect to data storage, visualizations, notifications … really, any conceivable third-party web service. That will help IoT companies manage devices, deliver data and apps to those devices, collect data from those devices, and build cloud-based systems to connect disparate devices and platforms. 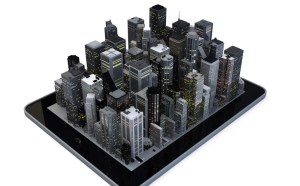 This is something we sorely need in IoT.

Like so many others, the space is a real game of thrones as major incumbents such as Google, Microsoft, Apple, IBM, Cisco, and Intel, along with challengers like Belkin (WeMo) and others, vie to create platforms and deploy devices that connect through those platforms. And hardly a day passes without a home or consumer IoT device launching on Kickstarter or Indiegogo, generally without connectivity into anything but your phone.

Whatever IoT will be, it can’t be hundreds of separate systems that don’t connect or communicate. Conversely, enabling that connectivity will spur the industry forward, said Kelly.

“As IoT matures, we’ll leverage web APIs and web technologies to wire things together,” he told me. “There will be a change of gear, and things will start to accelerate.”

The Golgi platform will help developers of all those systems define features, generate source code for their devices, and generate and manage interaction points. Embedded devices, according to Golgi, will look and act like web services: They’ll be queryable, configurable, and feedable. In addition, integration points will be created in an API-agnostic way, so that developers are not tied to any particular system or service.

The official release is today, and out of the box the company supports Arduino, Intel Galileo and Edison, Samsung ARTIK, MediaTek Linkit, and GainSpan. While that doesn’t include integrations into Google’s new IoT operating system Brillo, Apple’s still-nascent HomeKit, or other solutions from major brands, Kelly said that’s not the point.

“Our integrations are completely soft,” he said. “A developer is able to define a connector to pretty much any third-party API.”

For example, Amazon does a lot on the server side via its IoT firehose, Kinesis. That has a web API which is straightforward to connect to, said Kelly. In a similar way, Golgi will support anyone who exposes a web API.

What about those who won’t?

“If we’ve learned anything over the last 20 years, you grow more when you expose more,” Kelly said.