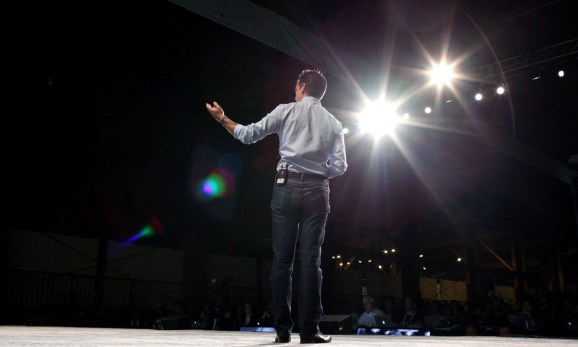 SAN FRANCISCO — Twitter chief executive Jack Dorsey spoke about his vision for the service and apologized to developers for how the company has treated the people that have helped extend its global reach.

“Twitter is the fastest way to say something to the world; it’s also the fastest way to see what the world is saying about a topic,” said Dorsey. “Fundamentally it’s a simple messaging service. Today it’s fundamentally a simple messaging service, but what’s unique about Twitter is how people have made it their own. It’s made for the people, by the people.”

He said that developers have given Twitter a more global reach, such as having a plant tweet when it needed water or hooking up a pothole on Twitter to send a complaint to its local government. “This is what we want to see more of,” Dorsey remarked.

“We need to listen, learn, and have this conversation with you. And we want to start that today. We want you to tweet at us and tell us what you’d like to see more of, see us consider, see us change in our policy. Tweet with the hashtag #HelloWorld and let us know.”

Dorsey admitted that it’s not going to be an instant change and that it’ll take time.

In his first major public appearance since accepting the position as permanent CEO, Dorsey took the stage at his company’s mobile developer conference to speak to the hundreds of developers clustered together in the Bill Graham Civic Auditorium to hear why they should still build on top of the Twitter platform.

It has certainly been a busy month since Dorsey’s rise to power. While Project Lightning did come to life as Moments, Twitter also conducted layoffs of 8 percent of its workforce as part of Dorsey’s efforts to reshape the company in his vision, one where it’s going to have a “more disciplined execution.”

Having Dorsey appear at one of Twitter’s signature events isn’t surprising. After all, as the new CEO, it’s important for him to show face in order to instill a sense of calm within the developer ecosystem about how the company will treat them moving forward. But Twitter has always had someone facing the developer community, even after the departure of Jeff Sandquist earlier this year. Prashant Sridharan has since taken over that role.

Update: This post has been corrected to mention Prasahant Sridharan as Twitter’s head of developer relations since Jeff Sandquist left.