In the final 30 to 45 minutes of a two-hour keynote address, Bear Douglas and Romain Huet took the stage to undertake a pretty complex task — build not one, but two iOS apps right then and there. For them, the mission was simple: show the more than 1,500 developers in the room, and those watching the livestream, that it is easy to create apps using Twitter’s solutions and partner providers.

But the two developer advocates certainly had their work cut out for them as they followed a public apology from their boss, chief executive Jack Dorsey, who sought to ameliorate Twitter’s strained relationship with developers. Over the past few years, some in the developer community have turned their backs on Twitter amid concerns that they’re being treated like second-class citizens, and Dorsey is now bent on bringing the disenchanted back into the fold.

As a face of Twitter, Douglas has the unenviable job of walking that fine line between representing the company’s stance and conveying what developers are feeling. So how did that message come across after Flight? 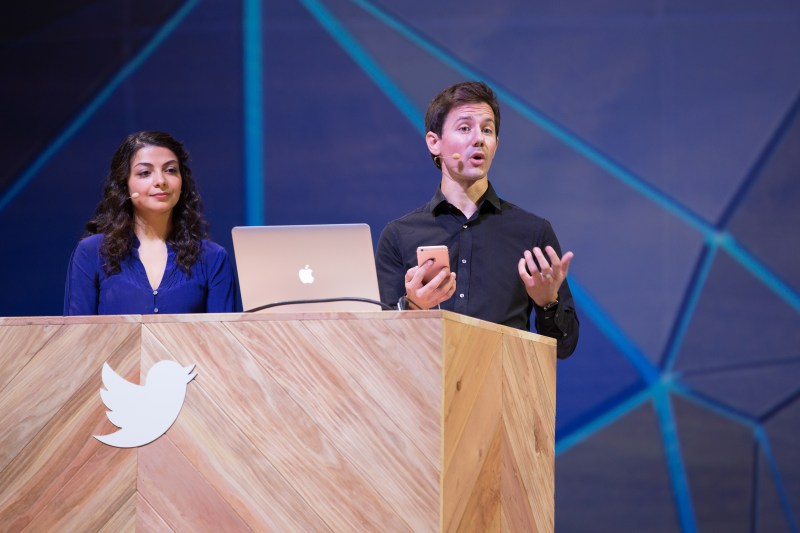 Above: Twitter developer advocates Bear Douglas and Romain Huet demo at the Flight conference on October 21, 2015 at the Bill Graham Civic Auditorium in San Francisco

“Between the fact that the developer relations organization has grown so much and there’s been releases to the platform, it’s evident that Twitter is investing a ton in the platform,” she told VentureBeat in an interview. But Douglas has no expectations that what Dorsey said at this year’s Flight conference will change things overnight, and apparently, neither does anyone within Twitter.

“It’s important to realize that every choice that Twitter has made about platform has been about end users having a great experience,” she explained. “There are plenty of people who understand that, but [Twitter has] a lot of detractors and it’ll take a long time to win them over.”

For Douglas, winning over developers is her job, and the takeaway message she sought to convey is that her company is listening, and that there’s something in Twitter’s platform for everyone. “We have something to offer you no matter the size of your business,” she told developers. 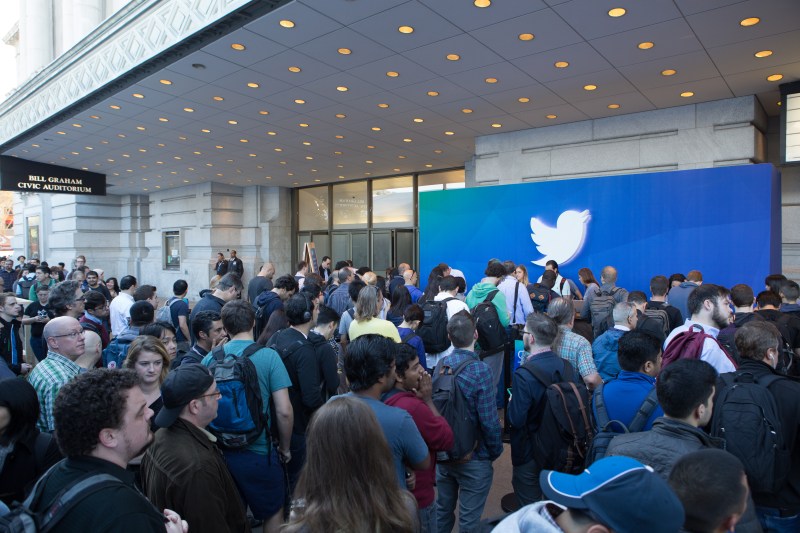 Above: Developers line up in front of the Bill Graham Civic Auditorium in San Francisco, Calif for Twitter’s Flight conference on October 21, 2015.

Normally this would be welcome news, but based on the history Twitter has with developers, her message may have fallen on deaf ears — at least for now. The company has made a host of missteps over the years, one of which was limiting the number of API calls to 100,000 individual user tokens. We asked about whether there’s going to be an increase in this limit in the future, to which Douglas replied:

“When we think about why developers want higher and higher rate limits, we have to think about why. Are they building a Twitter client or something else? We have to see what the end use case experience will be.”

During our interview, Douglas continued to make her case — urging developers to consider that not only does Dorsey’s ascension represent a new chapter but that Twitter is trying to reposition itself to be more in the backseat of the development cycle. She said that when Fabric launched, the tagline was about providing the best tools for building great (mobile) apps. From the announcements made at Flight this year, Twitter wants to provide toolkits for developers to make great apps, and if they then want to tie in the real-time conversation piece, then Twitter can offer that. 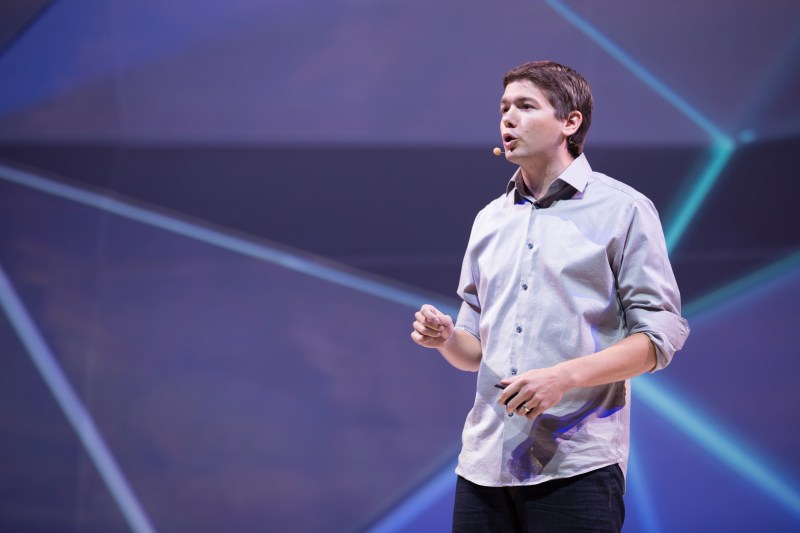 Above: Twitter Senior Director of Product Jeff Seibert on stage at the Flight mobile developer conference on October 21, 2015 in San Francisco, Calif.

At the end of the day, Twitter has pleaded its case, and now Douglas and her team can get down to the real work of improving the still-frosty relationship. “We would love for developers to give Twitter another shot,” she acknowledged. “[Twitter] has a lot of compelling stuff that will make their lives and apps better. It’s a good value exchange.”

At the end of Dorsey’s speech, he encouraged developers to let the company know what Twitter could do better by tweeting using the hashtag #HelloWorld. Douglas and her team have been tasked with parsing through those messages to find opportunities to re-engage the developer community. How exactly will this be done? She said that, for one thing, over the next 3 to 6 months, her team will be doubling down on the amount of available content online while also maintaining a more active presence on Twitter, engaging directly with developers.

I want to see a Twitter excited for how great third party developers can make the core Twitter experience again. #helloworld

But developers have seen this act before and some aren’t buying it. A look at Hacker News shows threads of people chastising Twitter, with some still harboring ill will over how they were treated years ago.

Well, no one ever said developer advocacy was going to be easy.

Prior to Twitter, Douglas served in a similar role at Facebook for over two years. She departed for the challenge of working on Fabric, which she helped debut at the 2014 edition of Flight, spurred by what she said is the company’s faith in the mobile space.

“Being a part of a company that has open amounts of data is huge, but seeing a company really investing in mobile tooling is interesting to me,” Douglas said. What’s more, since she’s a developer advocate, she’s used to talking about development to everyone, not just big partners. “The fact that Twitter was interested in how everyone could contribute was super important to me,” she added.

The countdown has begun until Twitter’s next Flight conference. Will Douglas and her team’s work pay off by then? Will the thousands of developers who are still upset over how they were initially treated be able to forgive and forget? To those who are still carrying a grudge, Douglas can only say: