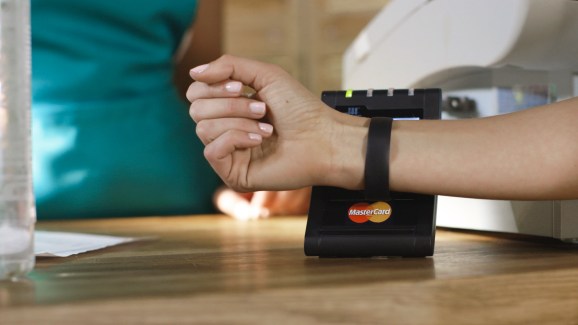 MasterCard wants you to be able to make purchases with everything from wearables to key fobs, so it’s bringing the technology behind Apple Pay to more devices.

Today, the company announced at Money2020 it’s partnering with a variety of appliance makers to make Internet-connected devices capable of payments.

This new service is the next phase of a program it launched a year ago called MasterCard Digital Enablement Services (MDES). Initially MDES was what powered Apple Pay on the iPhone 6 and the Apple Watch. Now it’s partnering with General Motors and wearables startups to allow their devices to make payments.

Practically applied, the new program is enabling wearables and other appliances with tap-to-pay functionality. Ringly, for example, is working with MasterCard so that users can make purchases by tapping a ring to a nearby terminal. Another company using MasterCard’s new program is Nymi, maker of an authentication band.

Not only could this new program help grow the number of payments made with digital devices, it’s also more secure than paying with a credit card. The new technology uses tokenization and all transactions are encrypted. Also, like the iPhone, MDES appliances can be remotely deactivated.

The big question is, will people want to make purchases with bracelets and other items?

Early studies on Apple Pay seem to indicate that people aren’t interested in switching away from credit cards in favor of mobile devices. The resounding reasoning has been that tapping to pay with a mobile phone is only as simple as swiping a credit card, giving users to no incentive to make the change.

“We’re very bullish about the trend and what we’re seeing in adoption,” Anderson said, noting that meaningful things happen in the payments space in a short time span.