Electric car maker Tesla is projecting that sales in China will grow steadily over the next five to six years to rival, or even surpass, sales in the U.S., according to comments given to China’s state-owned media agency Xinhua by Tesla CEO Elon Musk before the weekend.

“In the long term, we will probably see equal or higher sales in China than in the United States. That may take five or six years… We are trying to put localized production in China. In the years to come, you’ll see some fairly significant partnership announcements,” Musk said.

“If you look at China’s fundamentals over the long-term, they are extremely good,” he added, but admitted that the company had “made some mistakes” during its initial entry into the country. As a result, Musk said Tesla is currently limiting expansion into new markets.

According to numbers shared by Musk at an event in Beijing unveiling Tesla’s new Autopilot system, the company sold 5,252 cars in China in the first three quarters of this year (by comparison, it shipped 11,580 cars in the U.S. in the third quarter alone).

Beyond that, Tesla is currently installing 84 superchargers and 1,500 destination chargers in China. 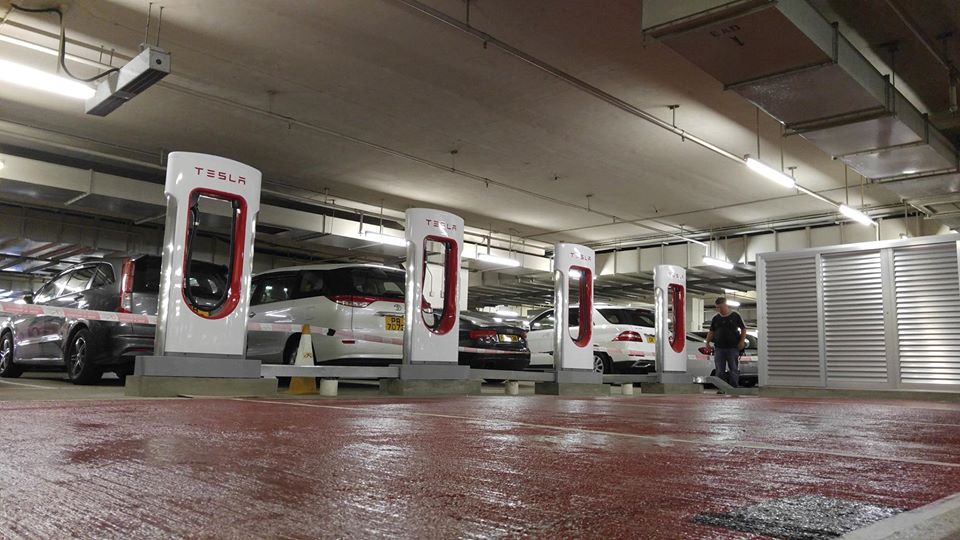 China is a priority market for a growing number of U.S. companies, especially in the tech space — companies that include the likes of Apple and Facebook.

Tesla just unveiled the Model X at the end of September after years of delays, and followed two weeks later with a long-awaited driverless car update in beta (more on that here). We have also looked at the details of whether China’s plans to boost electric car sales will work.

In any case, expect to see a whole lot more Tesla models hitting the roads in China before long.