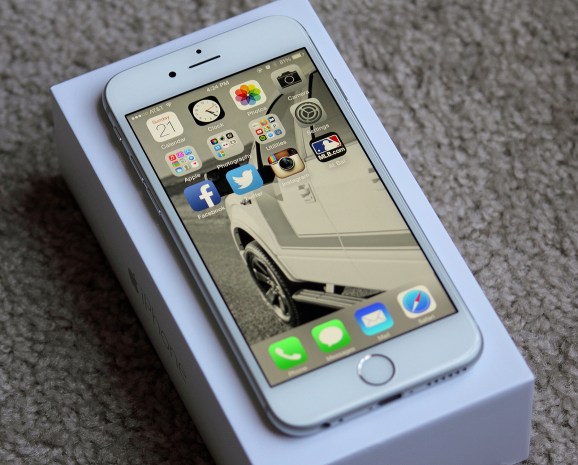 Today Apple shared how much cash it made selling phones during its fourth fiscal quarter.

The multinational corporation raked in revenues of $51.5 billion and $1.96 earnings per share during the quarter, selling 48 million iPhones in three months. That’s not bad, as analysts predicted Apple would report $51.12 billion in revenue and $1.88 earnings per share. Analysts polled by Fortune guessed Apple would sell about 48.72 million iPhones during the quarter. The company fell a bit short there.

These days Apple nearly always exceeds revenue and earnings expectations. However, the company fell short on iPhone 6 sales during the third quarter — according to analysts — despite unloading 35 percent more phones in Q3 2015 than in Q3 2014. Apple, still the most valuable company in the world by market cap, often leaves investors wanting more.

But unlike Q3 2015, Apple announced an entirely new lineup of devices during the fourth quarter: iPhone 6s, iPhone 6s Plus, a humongous iPad Pro, a fancier Apple TV (read our hands-on here), and more.

Every earnings season reminds us that Apple is mostly a mobile company (not a PC company, like Microsoft). Apple’s revenues depend on the iPhone — everything else, even the iPad, is kind of a footnote by comparison.

Oh, and Apple is definitely not a watch company. The company’s first smartwatch is said to be selling well, but Apple won’t bother disclosing those sales for a while.