After peaking at close to $230 million in venture capital investments in the first quarter of this year, bets on bitcoin startups, which had already started slowing in Q2, slowed further in Q3 —  down 41 percent.

The cryptocurrency most recently faced regulatory hurdles in Australia earlier this month, and even so-called “bitcoin leaders” aren’t sure what the future holds.

In a bright spot, though, the European Court of Justice just ruled that bitcoin currency exchange is not liable to value added tax (VAT), which represents a small win for a space that is facing many challenges.

While investments into bitcoin startups are still up slightly year-over-year, the $85 million they drew in Q3 is the lowest amount of any quarter since Q3 last year, which saw just $75 million. 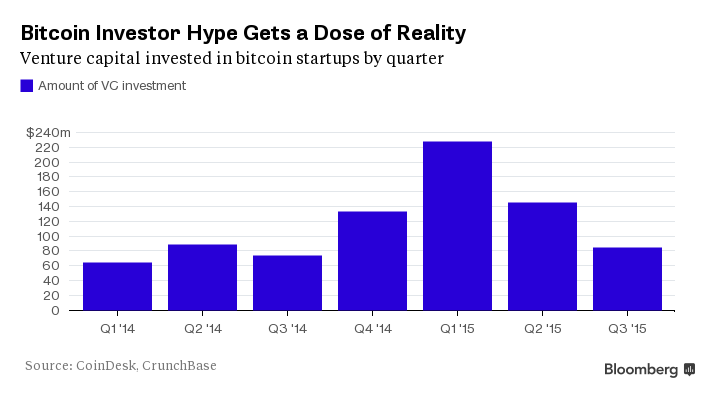 Investments fell to $145 million in Q2, already a big slump from the Q1 peak. But, if current numbers are any indication, that downward trend seems set to continue.

Bitcoin startups will have raked in more than $1 billion in venture capital funding as of the end of this month, according to data cited by Bloomberg.

The cryptocurrency continues to make headlines in the Silk Road probe, with one federal agent admitting $820,000 worth of bitcoin theft in August.

We also wrote about how former boxing champion Mike Tyson was looking to make a buck off the bitcoin boom — though perhaps he’ll be reassessing that venture now.