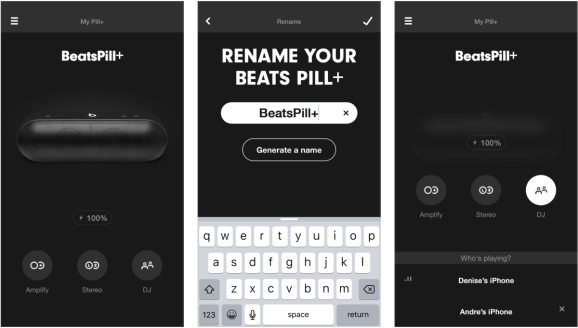 Barely six weeks ago, Apple released its debut app on Google Play, Move to iOS, designed to help Android users who want to switch to iPhone easily move all their stuff across devices.

As we reported at the time, the Google crowd absolutely trashed it with one-star reviews, with one reviewer going so far as to say he’d “rather be shot in the face” than use the app.

Some of the new examples on Beats Pill+ are equally hilarious and, err, constructive. Some play on the idea that the Pill+ is falsely advertised, and should be some sort of medical device:

Brandin Hand (1 star): I left my Benadryl in the other room so I downloaded this app with hopes that it’d use its Bluetooth or cloud services or whatever to fetch it for me. It did no such thing. One star.

Pat Worster (1 star): Downloaded this app expecting it to be a cloud-based prescription medication reminder. Instead it’s some Google play music knockoff. Uninstalled, don’t know what the developer was thinking when they made this.

But other reviewers quickly began calling out the trolls and defended Apple:

powerfuljunior garcia (5 stars): I’m going to give this app five stars only because of the fact there are people still complaining that apple is on the Google Play Store now. Be more mature, I know that you all don’t like apple products and that’s fine, but you don’t have to go out of your way and immediately dislike everyone of them. I’ve also seen some of these ratings saying that Google Play music is a better “music service,” well I hate to break it to you but this isn’t a music service, it’s a app to control a beats pill+.

David Anez (5 stars): You guys can’t get enough of making fun of Apple on the Play Store. You guys need to grow up and a get a life excluding trolling.