The invite-only app appeared in both the Google Play and Apple App Store today. Who’s Down lets users see when friends are available and indicate that they’re also around to hang out. Here’s Google’s tagline for the new app:

Who’s Down: always know who is free to hang out, so you never miss out on the fun. 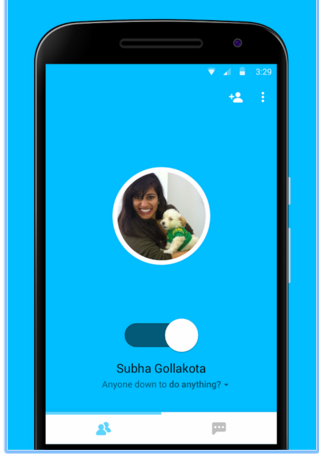 According to screen shots, Who’s Down has a sliding button that users can switch on or off to indicate whether or not they’re around. Once you slide the button on, Who’s Down will show you as available for three hours, according to images. It appears users can also say what activity they’re down for. 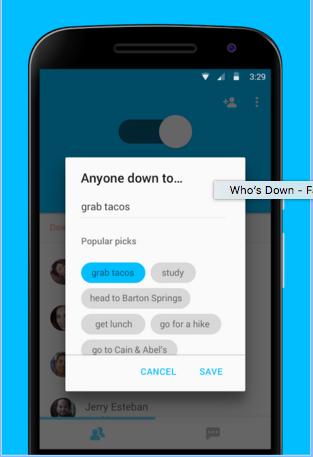 Google has tried for a long time to develop a social app, but earlier efforts (like Google Plus) have failed to take hold. An app that preys on people’s fear of missing out could have just the mechanism it needs to attract users. When I requested an invite, Google asked me what school I attend, so it’s safe to say this app is geared for students.

For now, Google isn’t sharing details, but the company did direct me to the new home page for the app, which you can check out here.