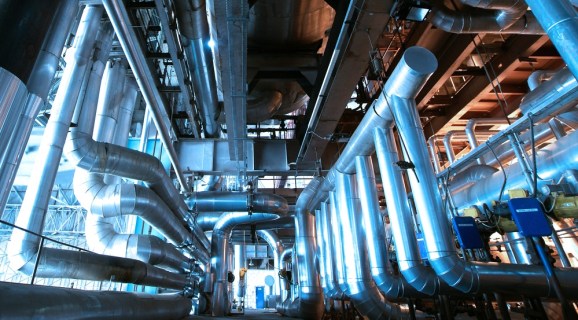 The Internet of Things stands as one of the largest economic opportunities in the world. But it’s not just about consumer devices. Some of the biggest breakthroughs are taking place behind the scenes in factories, farms, and industrial sites to optimize production or increase energy efficiency.

The opportunity for IoT in industry, however, is also incredibly challenging and involves applications and a customer mindset that are far, far different than what some tech companies might be used to. The good news is that industrial IoT isn’t about producing simple gadgets. These will be sophisticated, elegant systems. The bad news is that meeting the performance specifications will be a mammoth task.

Industrial systems are built to manage problems and processes — drilling undersea wells, controlling large-scale chemical reactors or optimizing locomotive engines — in real time. There is little, if any, room for error. If an assembly line crashes, it could become an occupational hazard and z financial disaster. Even systems for controlling lighting or heating can involve dizzying layers of complexity. Smaller, faster, better is less important than resilient, reliable, and consistent. Worker safety and security exceeds all other concerns.

Move fast and break things isn’t a philosophy to live by for industrial customers. It’s their biggest fear.

Product lifetimes are also incredibly long. In the U.S., the average age of large power transformers is over 40 years. The average age of a data center server is three years. Traditional tech companies moving into industrial IoT will have to harden their technologies to operate within extremes of temperature, moisture, vibration and pressure. Redundant connectivity, storage capacity and/or processing power will be the norm.

Many products will also have to live on their own. In agriculture, a surprising early adopter, IoT is being deployed to monitor irrigation systems spread over thousands of acres. Offshore wind farms want Internet-enabled bearing systems so they can reduce the number of times they have to send technicians out to sea.

Industrial IoT promises substantial payoffs. Take the energy industry, for example. Worldwide, industrial customers purchase, but lose, enough electricity every year to power the U.S. for five years.* Not all of that energy can be recovered, but it gives you a sense of the scale of what can be achieved with IoT technology. And then there’s the analytics end of the equation, where further investment could yield big results: McKinsey & Co estimates that less than one percent of the data from the approximately 30,000 sensors on an offshore oil rig gets exploited for decision making.

One of the early markets where you will see rapid changes is security and monitoring systems. A number of airports and large municipalities want to be able to analyze video streams from cameras in real-time to improve safety or get better visibility into core operations. It’s a tall order. A single high-resolution video camera can generate hundreds of megabytes per minute and a large industrial site can have hundreds of them.

Do you create a hardened, high-speed network where cameras deliver massive HD streams to central servers for facial recognition (without dropping any frames). Or do you beef up the technology inside individual cameras for local matching? Or do you create a hybrid architecture where an intelligent camera scans for approximate matches and data center servers try to pinpoint exact matches? These are some of the questions currently being tackled in labs and board rooms.

That said, this will be a two-way street, and industrial customers will likely start to update products more rapidly, taking greater advantage of new algorithms or the magic of Moore’s Law. Inserting 5GB into a fan pump or variable speed motor today might seem ludicrous. Five years from now, it will seem ludicrous not to have it.

You will also see security practices from the computing industry move into industry. Despite the high standards of safety practiced by manufacturers, cyber security precautions used in the SCADA systems for machinery are actually “often weak,” writes the U.S. Department of Energy. Lessons from containing zero day threats and other problems will migrate to the factory floor.

IoT-enabled industry is coming. The gains are just too big to ignore. But it’s going to take a meeting of the minds to get there.