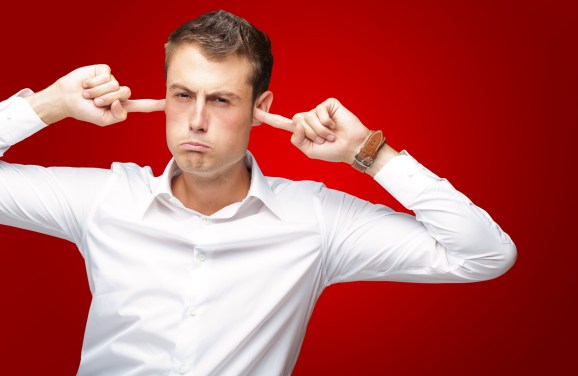 Earlier this year, I announced that there are up to 289 million unanswered complaints peppering Twitter annually. Worse still, since Twitter and Google kissed and made up, many of those disgruntled messages are being served within page one search results.

And now, according to the Q4 2015 edition of Sprout Social’s social index report — released today — we find out that retailers are among the worst offenders.

When it comes to social media, 83 percent of retailers are ignoring their customers’ questions, while the rest are making people wait an average of 12 hours to get a response.

My own research shows that the biggest brands use Twitter in “broadcast only” mode 70 percent of the time. Sprout Social’s research appears to line up quite nicely with that, and an increase in spend on sponsored posts and promoted tweets is making the broadcast problem worse.

So, are we seeing brands give up on the engagement-driven, demand generation, and customer service side of social media?

“No, brands haven’t given up on demand generation and customer service on social, but it requires a much greater time and staffing commitment and many are not fully prepared or resourced to meet the demand,” Andrew Caravella, VP of marketing at Sprout Social, told me. “Ensuring there’s promotional outbound content is natural ground to cover, but the reality is many inbound communications and service requests may not align to that promotional content.”

In other words, the marketing department is pushing one message — a lot — but the customer service department is receiving unrelated complaints or observations from users. That causes a knock-on effect, even if those departments aren’t siloed.

“The conversations can be totally unrelated, require more reactive thinking, and, honestly, are more time consuming to manage at scale,” Caravella said. “I do believe awareness is increasing and desire to maintain daily dialogue is building, but we’re not seeing integrated full-scale social customer service programs get implemented at the same rate customers are actually reaching out, and that’s where the disconnect happens.”

But those that are putting the investment in place are seeing good results.

“Brands that are allocating resources — human, financial, and technological — to actually engage with people are seeing a return on that investment,” Caravella said. “In fact, according to Rosetta Consulting, people are seven times more likely to respond to your promotions after you interact with them in some meaningful way.”

We’ve already seen the results once this kind of investment is put in place. KLM are generating an additional $25 million in annual revenue via social media, for example.

“This trend was a bit surprising but, looking at sheer volume, Facebook has a significantly larger overall audience than Twitter,” Caravella said. “I’m not sure you would find that customers are switching platforms to engage with retailers, but it’s likely more about existing Facebook users changing their engagement behavior and reaching out to brands on the platform more often. As Facebook developed and afforded more opportunities for brands to enhance their presence, people’s comfort with retailer interaction and two-way dialogue is likely increasing.”

The report, however, remains pretty damning as far as retailers are concerned.

“Because providing social customer care requires time, resources, tools, and commitment, many brands haven’t really seized the opportunity to truly engage with their customers on social,” Caravella said. “Buy-in from the top needs to pick up the pace; understanding the life cycle of a message and the interdepartmental needs of customer service on social is critical, and it requires acute attention day in and day out.”

In the 21st century, social is a key communication channel, not just another place to broadcast your message.

“Social is a primary communication channel and a permanent part of the consumer-business dialogue, so brands have to strategize and staff accordingly or they’ll leave behind unhappy customers and significant opportunity to grow loyalty and repeat business,” Caravella said.

The full report is available from Sprout Social today.