One in four Android devices is now running Lollipop, but this isn’t even the latest version of Google’s mobile operating system. The company released its monthly update to the Platform Versions page for Android today, and the latest version has only managed to capture a third of a percent.

Android Marshmallow debuted just over a month ago on September 29 with the launch of Nexus 5X and Nexus 6P. But the devices didn’t start shipping until October, meaning Marshmallow has had about a month of availability.

Still, 0.3 percent adoption is abysmal. This is a stark reminder of just how little Google sells of Nexus devices, and how long it takes Android updates to roll out to the masses. 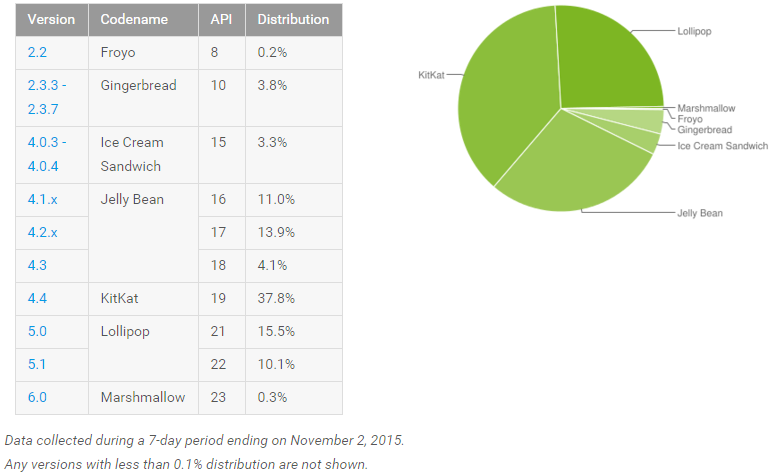 Here are the changes between October and November:

For the sake of comparison, here’s the Android adoption chart for October: 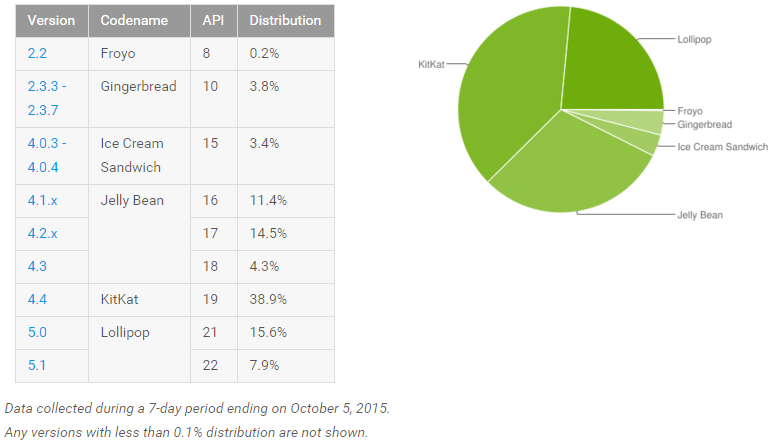 The Android adoption order is now KitKat in first place, Jelly Bean in second, Lollipop in third, Gingerbread in fourth, ICS in fifth, Marshmallow in sixth, and Froyo in seventh. The race between Lollipop and Marshmallow has begun, though it’s a sad state of affairs to know that neither are near first place.