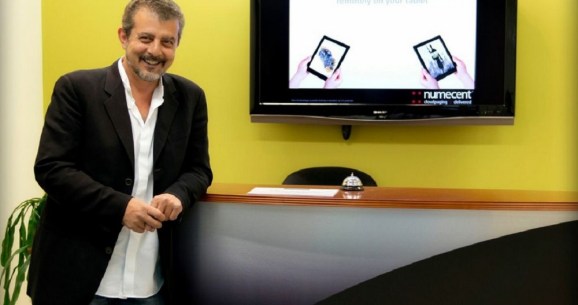 Irvine, California-based software company Numecent said today it has raised a new round of $15.5 million from a broad range of European investors as the company seeks to expand its cloud-based services beyond Windows.

The series B round includes $4.5 million from Deutsche Telekom, with the rest from “European industrialists, family offices and private equity firms,” according to Numecent. Deutsche Telekom also led the company’s series A round.

“Numecent is on a good trajectory and is receiving traction from major players in the industry,” Vicente Vento, chairman of the supervisory board of Deutsche Telekom Strategic Investments in a statement. “This traction validates the view that cloudpaging is potentially transformative not only for IT, but also for emerging sectors like IoT.”

Numecent’s “cloudpaging” platform can virtualize software and place it in the cloud. Even an entire operating system like Windows can be instantly placed online and run on your compute at the same speed as if it was installed natively.

Until now, Numecent’s focus has been on Windows and Windows-based applications. Now, the company said, it will use the new money to develop similar capabilities for Linux and Android.

“With this major new funding, we will not only be able to continue our disruptive growth on Windows but will also accelerate the development of cloudpaging for other form factors and operating systems like Android and Linux,” said Osman Kent, executive chairman and cofounder of Numecent, in a statement.

Numecent has now raised a total of $38 million.