Alibaba chief executive Jack Ma — who yesterday took to a panel with U.S. President Barack Obama — first announced plans for the fund back in February, but it looks as though it’s officially been launched today.

Alibaba says the object of the fund is to “support the aspirations of entrepreneurs who wish to take advantage of the resources offered by Alibaba’s ecosystem in e-commerce, logistics, mobile platforms, cloud computing, and financial services.”

The fund’s investment thesis is to be stage agnostic, meaning Gobi and other investment managers will have the freedom to invest in companies at “startup, growth, and expansion phases.” But investment amounts per deal were not disclosed.

According to a release, the board of directors will include Allan Zeman, founder and chairman of Lan Kwai Fong Group, Bernard Chan, president of Asia Financial Group and Asia Insurance, and Savio Kwan, Alibaba’s president and chief operating officer from 2001 to 2003.

Meanwhile, Alibaba’s own Cindy Chow will serve as executive director.

“The fund will also provide 200 internship opportunities each year for graduates and final year students of local tertiary education institutions to work for a period of six to 12 months at Alibaba or companies in the Alibaba ecosystem in mainland China,” the company said.

That internship program is expected to start accepting applicants next year.

A fact sheet that was handed out at the launch event today and obtained by VentureBeat further breaks down key details of the new fund (you can also go here for more information): 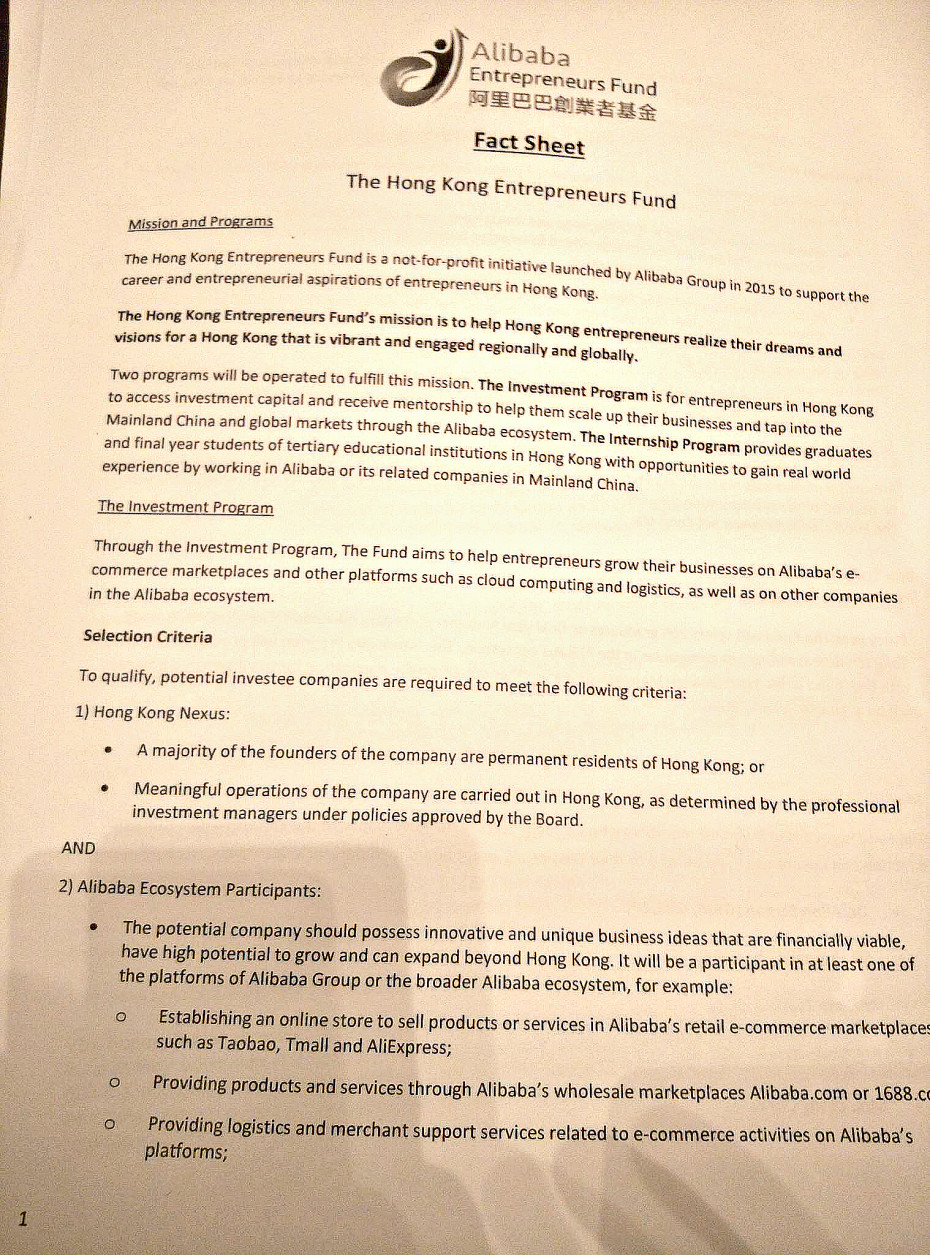