Tinder CEO Sean Rad broke the quiet period before the IPO of parent company Match Group when he gave a revealing interview to a web publication called the Evening Standard.

Rad talked in the interview about everything from being stalked by models to his awkward childhood to losing his virginity. And he sounds like an idiot.

That seems material to the future prospects of not only the company he leads but, by extension, Match Group. Tinder is perhaps the highest-profile name in Match Group’s stable of companies, which also includes dating sites Match.com and OKCupid.

But Match Group was more concerned about some Tinder user numbers that were mentioned in the article: 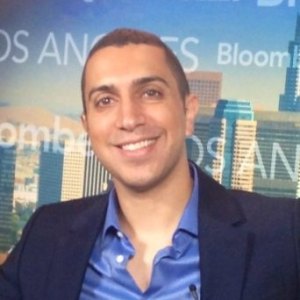 Analysts believe the app, which launched in 2012, has around 80 million users worldwide and records 1.8 billion “swipes” a day.

Match Group was concerned enough to file a registration statement — including the revised preliminary IPO prospectus — with the Securities and Exchange Commission late Wednesday.

Rad didn’t spit out those user figures. Charlotte Edwardes, the author of the article, did. But that was enough. The Match Group called the numbers “inaccurate.” From the filing:

The group directs potential investors to its original Preliminary Prospectus, which features a different set of Tinder user numbers:

. . . for the month of September 2015, Tinder had approximately 9.6 million daily active users, with Tinder users “swiping” through an average of more than 1.4 billion user profiles each day.

The Match Group is due to float on the NASDAQ this week for more than $3 billion.

The 29-year-old Rad, it turns out, isn’t the most refined person in the world, as Edwardes quickly reveals in passages like these:

He’s desperate to impress on me how gallant he is, citing the fact that a “supermodel, someone really, really famous” has been “begging” him for sex “and I’ve been like, no”. She’s “taunted” him, he says, and “called me a prude.”

He continues: “Apparently there’s a term for someone who gets turned on by intellectual stuff. You know, just talking. What’s the word?” His face creases the effort of trying to remember. “I want to say ‘sodomy’?”

Rosette (the communications person sitting beside Rad) shrieks: “That’s it! We’re going to be fired” and Rad looks confused. “What? Why?”

In fact, Rad did lose his CEO title temporarily in 2014 when his cofounder Justin Mateen was found to have sent ex-girlfriend and Tinder marketing exec Whitney Wolfe abusive text messages.

But Rad’s back in the saddle again, and about to become far richer after the Match Group IPO.

Hat tip to The New York Times‘ Mike Isaac for tweeting about the SEC filing.