As a society, we’re becoming increasingly enamored with augmented and virtual reality. Over the past few years, at least a few companies have made contributions to the field, including Google, Microsoft, and Facebook-owned Oculus. Today, Atheer is taking the next step in bringing its augmented viewing device to the public market.

Interested buyers can reserve their device starting today, with shipping scheduled to begin in the first quarter of next year. The glasses won’t come cheap, however. According to a statement from company chief executive Alberto Torres:

“Pricing for AiR has not yet been released, however Atheer expects pricing to be comparable to similar high-end smart glasses, such as the Hololens Develop Edition and the Epson Moverio BT 2000 and the DAQRI Smart Helmet, which are expected to be priced in the range of $3,000 to $10,000 per unit.”

These Augmented interactive Reality (AiR) glasses are Android-based and include a bevy of features, including precise gesturing, voice commands and transcription, 2D and 3D mixed content support, personalized image optimization, and compatibility with over a million “deployment-ready” Android apps. They also leverage the Open AiR SDK that provides rich sensors and interaction modules. 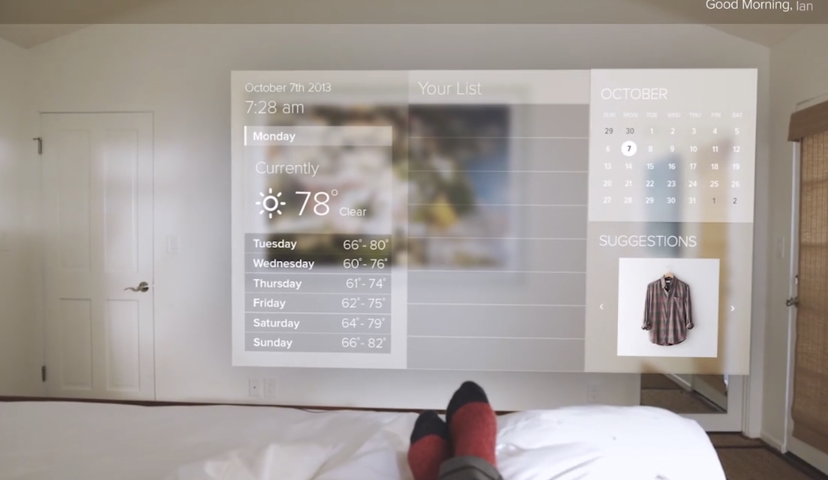 In terms of hardware, you’re getting 720p displays with 60 frames per second along a large 50-degree field of view. The device has two 4-megapixel cameras and comes equipped with a 9-axis inertial measurement unit (e.g. accelerometer, gyroscope, and magnetometer). Atheer has also packed in a NVIDIA Tegra K1 chip, 2GB of RAM, up to 128GB flash storage, and a 3100mAH Lithium-ion battery. There’s Bluetooth 4.1, Wi-Fi 802.11 a/b/g/n/ac, USB-C, and HDMI Out support. If you’re interested, you can add a data plan, as well as GPS tracking.

For the Mountain View, Calif.-based company, augmented reality is everything. The company has been one of the pioneers of this technology, especially as it relates to enhancing productivity and safety for certain types of jobs. Atheer’s target audience includes those who repair or fix things, assembly line workers, surveyors, and healthcare professionals. The company is following through on its intention to reach those in the working world.

It’s said that there are 110 million business professionals who fit Atheer’s target market — who have a need to keep their hands free but may need extra assistance or access to data. 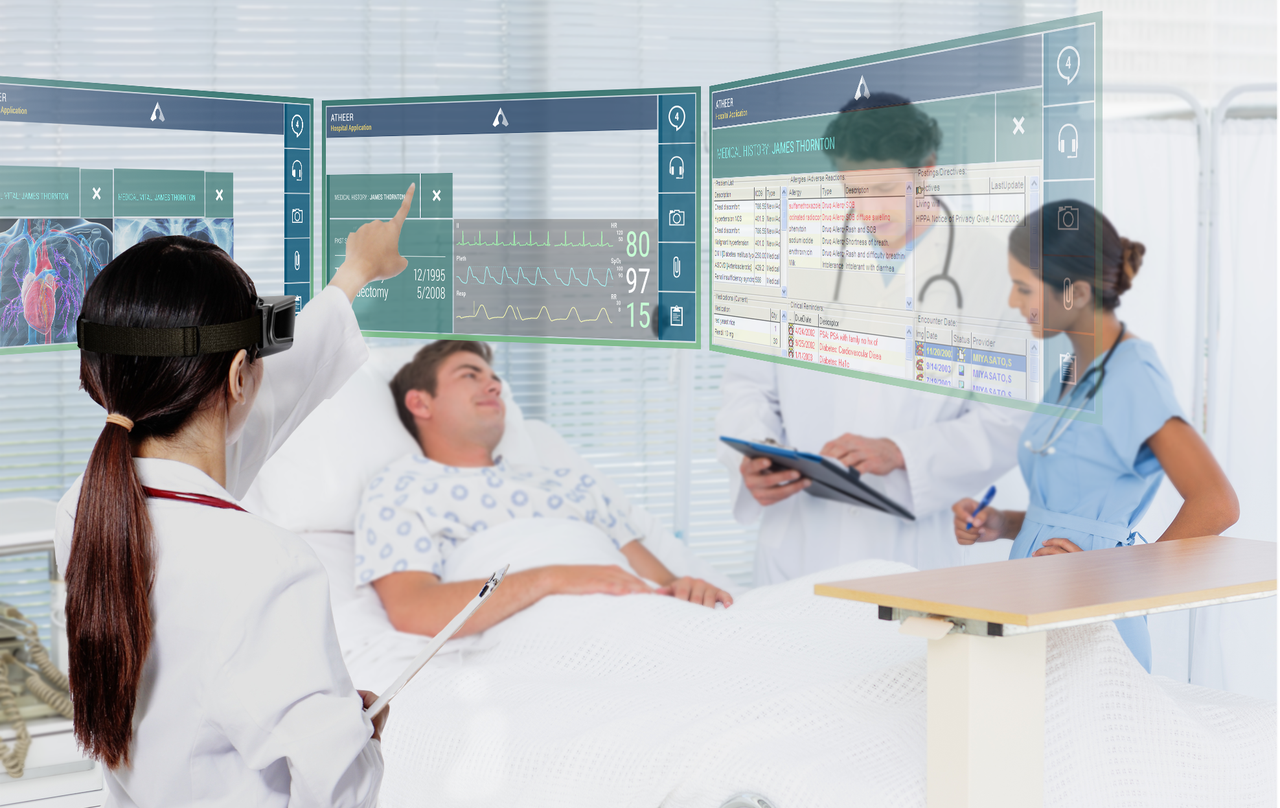 “Every new computing paradigm enables a new wave of use cases and applications,” said Torres in a press release. “The next paradigm is smart glasses based AiR computing — digital information that doesn’t distract you from reality, but rather augments it. Where interaction is as intuitive as touching what you see. By focusing on deskless professionals’ day-to-day needs, we have arrived at a practical platform that is grounded in reality and focused on utility.”

Users of the Atheer glasses will find a suite of tools available to them, including applications from Zurich, Lumus, NVIDIA, and Masimo. Prior to today, the company had released a developer SDK inviting partners to build tools for its hardware.

What makes Atheer so special when there are numerous options for augmented reality? While most of the press may be focused on Microsoft’s HoloLens, the difference is that Atheer’s glasses are coming to the market now, while Microsoft has said that it’ll need a bit more time to get its product ready for public use. However, the first version will be focused on developers and enterprise.

It will be interesting to see how Atheer does in terms of sales, following the first to drop out of the market — Google Glass. That was one of the more recent instances where enterprise and professions who required hands-free technology seemed drawn to the device, but the rollout never materialized — although it could certainly come back in some form with Project Aura.

Those who preorder the Atheer device will receive a six-month subscription to Atheer’s Enterprise Suite and access to the AiR SDK. Preference will be given to those who place their reservation earliest, but if you don’t know the price, would you still place an order?