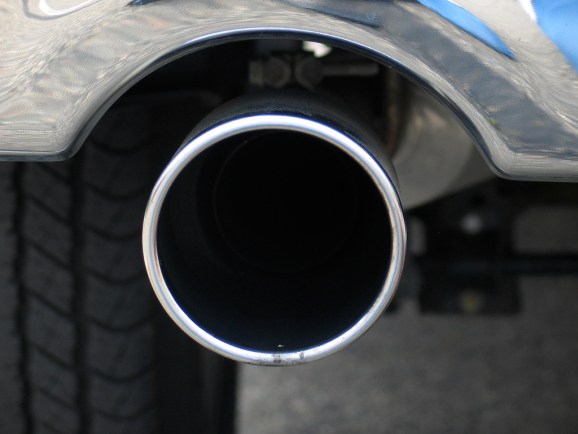 The economists call them “externalities.”

They’re the costs of people’s actions on other people or communities — but the people taking those actions don’t have to pay for those costs, even though they harm others.

And the emissions from combusting fossil fuels are clearly a prime example.

While complaints about air quality in the Los Angeles Basin date back literally centuries, research more than 50 years ago established that vehicle emissions were the primary cause of photochemical smog.

That led the state of California to begin efforts to regulate tailpipe emissions — well before the U.S. Environmental Protection Agency even existed — which led in turn to the first catalytic converters in U.S. vehicles in 1975.

Catalysts spread throughout most of the automaking world over the next 20 years, hugely reducing emissions of carbon monoxide (CO), hydrocarbons (HC), and nitrogen oxides (NOx), all of them toxic in various ways.

The gradual recognition and scientific acceptance of climate change due to rapid and unparalleled human emissions of carbon dioxide (CO2) since the dawn of the Industrial Revolution around 1750 adds an entirely new problem.

Against the combined efforts of automakers and the Bush White House, the U.S. Supreme Court ruled that CO2 is a vehicle emission that the EPA not only can but must regulate.

Hence rules that steadily increase corporate average fuel economy levels from 2012 through 2025. Those rules are paralleled by legislation in the European Union and many other countries that explicitly reduce vehicle emission of CO2.

As is well established by now, electric cars have the lowest wells-to-wheels CO2 footprint of any near- or medium-term alternative, varying from the equivalent of about 35 miles per gallon on the dirtiest U.S. grids to around 100 mpg on the cleanest grids.

And the carbon footprint per mile of driving an electric car falls every time the grid gets cleaner, whether it’s by adding renewable energy sources or replacing a coal-fired generation plant with one using natural gas.

Obviously the non-renewable generation has its own carbon footprint, but it’s likely easier to control a few thousand power plants than hundreds of millions of vehicles.

The graphic of the tailpipe cup lid came from Friends of the Earth.

And it got us thinking about the following question.

With increasing availability of zero-emission cars over the coming years, when will citizens at large start to question the idea that every vehicle has an “exhaust pipe” that just belches harmful substances into our shared air?