The new startup gives marketers a central dashboard where they can manage all their various platform ad buys, like from AdWords or Facebook. Saunders and Pratt said their platform uses machine learning to give suggestions for tweaking campaigns to push up ROI.

CEO Saunders believes today’s marketing platforms are complex and getting more so. “Every digital advertising platform has its own unique dashboard with unique metrics,” he said. 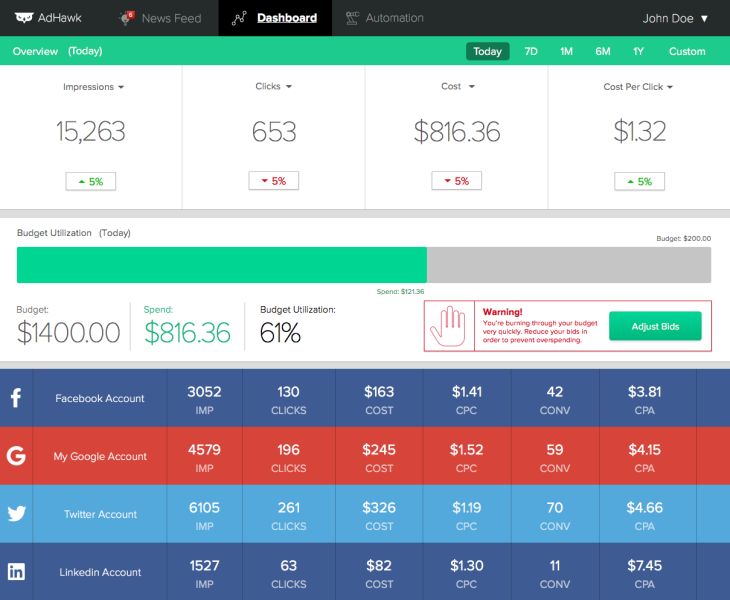 Saunders and Pratt said their former employer Google’s answer for the complexity of AdWords was to hire 2,000 account managers to help people use the platform. “But in reality those account people got to talk to clients only once, or twice tops, every quarter,” Pratt said.

Pratt said one of the main reasons for the confusion is that the terminology used by the various platforms is wildly different.

Client companies pay a monthly rate to access the AdHawk platform. The cost is $125 per month to $400 per month, depending on the size of the client company’s ad spend.

So far a large percentage of customers have been ad agencies, which want to bring value to their clients by helping them make smart moves in their channel campaigns.

Saunders said 200 companies are participating in the private beta, while another 700 remain on the waiting list.

Saunders and Pratt said they intend to make the platform generally available in the first quarter of 2016.