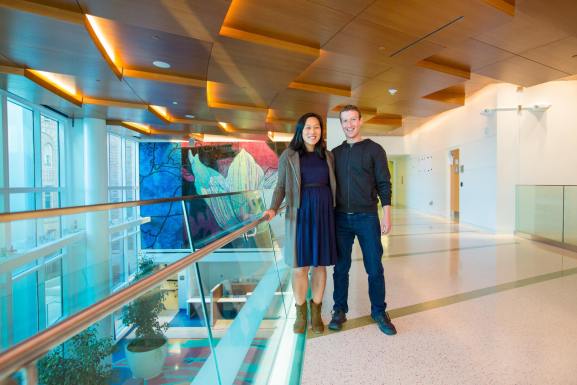 Facebook has revealed that all its full-time employees around the world will now be given four months of paid family leave. The news comes less than a week after Facebook cofounder and CEO Mark Zuckerberg announced he would be taking two months off to look after his new baby.

The latest policy shift will mainly affect “new fathers and people in same-sex relationships outside the U.S.,” according to Lori Matloff Goler, Facebook’s head of HR.

“In reviewing our parental leave policies, we have decided to make this change because it’s the right thing to do for our people and their families ,” she continued. “Studies show that when working parents take time to be with their newborns, outcomes are better for the children and families.”

There has been a growing shift toward improving work-life balance in recent times. Spotify also announced last week that all its employees would receive six months of parental leave with full pay. And last month, LinkedIn revealed it was adopting an increasingly popular approach to staff holidays — no minimum or maximum number of days.

Now, starting on January 1, 2016, Facebook will be extending its existing parental leave policy to include all new parents, and the leave can be taken up to a year after the baby is born.

This shift in working culture could have a ripple effect, too. When major companies like Facebook and Spotify publicly announce such enhancements to their employee benefits, the issue becomes more difficult for other firms to ignore.