Microsoft today is announcing the launch of PowerApps, a new piece of software that people can use to build and share applications that connect with their companies’ existing databases and cloud services — without writing code.

The experience is designed to resemble a Microsoft Office application like Word or Excel. You click, drag, and type with the application’s graphical user interface to make a new application do what you want it to.

“Apps that would have been cost-prohibitive, like employee surveys, or event sign-up forms, that you maybe collected through email or a document, now you can create an app experience that can be run anywhere, no matter where your employees are,” said Bill Staples, corporate vice president of application platform at Microsoft, during a media briefing on the product.

The launch of PowerApps comes seven months after Microsoft posted job descriptions that mentioned the new product by name and described it briefly but accurately. “Our team is chartered to build rich engaging mobile apps that pull together information from across enterprise and consumer sources and make it easy for Information Workers to build and extend such apps,” one job posting said. ZDNet picked up on it, after which it was promptly taken down.

People can use the tool to build web, iOS, and Android apps. The service charges based on the number of end-user licenses, not based on cores or number of gigabytes of data.

Sharing an application with a colleague is as simple as sharing a file with something like the OneDrive cloud sync and share service — you just type in an email address, as Staples wrote in a blog post on PowerApps.

Here are a couple of screenshots of the new product: 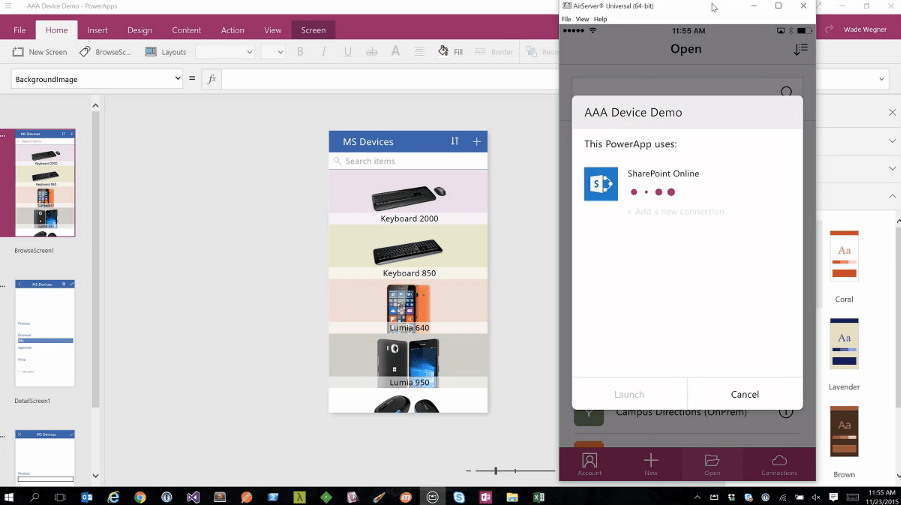 Above: An iOS emulator running while an app is being made with Microsoft PowerApps. 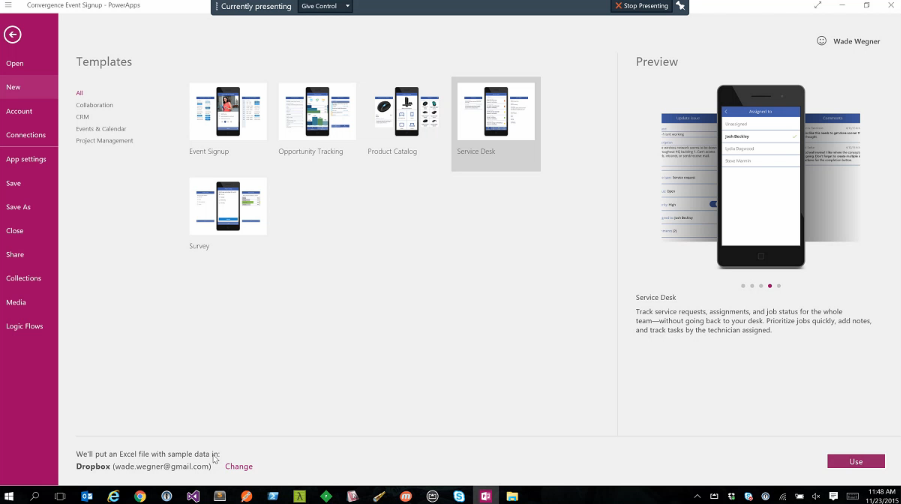 Above: Templates in Microsoft PowerApps.