The U.S. Patent and Trademark Office has just published an application from Samsung (via 9to5Mac) that attempts to patent a foldable electronic device. It’s likely that one of the examples depicted in the application represents the company’s upcoming foldable smartphone, dubbed Project Valley.

First revealed by SamMobile, the so-called Project V (thus named to reflect the shape of the handset in mid-fold) goes by model number SM-G929F, just one digit higher than the SM-G928F Galaxy S6 edge+. While several foldable and rollable configurations are shown in the patent application, the one most frequently depicted is a horizontal clamshell whose single fold opens in the same manner as a book or magazine.

It’s not clear, however, how the screens will be oriented on the handset itself; either the device will fold in such a manner that the two halves of the screen are touching when closed, or in the opposite configuration, where the screens both face outward at all times. A 2014 concept video created for Samsung utilizes the former configuration, wherein the display is completely protected when folded over itself.

Also of note in the patent application, due mostly to irony, is the inclusion of an iPod icon, of all things, on one of the diagrams. While Samsung and Apple maintain a business relationship with respect to component production, Cupertino also famously sued its partner in several jurisdictions over alleged patent infringement regarding several proprietary iPhone technologies. 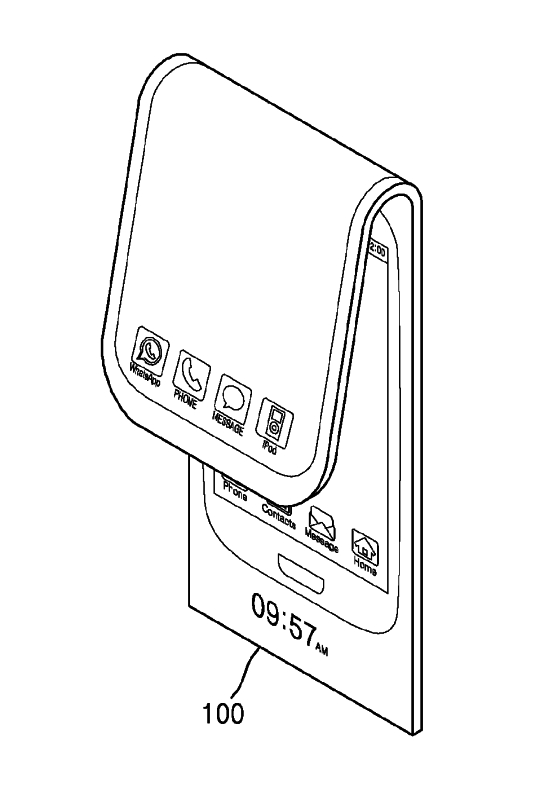 According to SamMobile, Valley will be sold in several European countries (the U.K., Germany, Italy, France, Poland) and Nordic nations, as well as its homeland of South Korea. A U.S. release, however, does not seem to be in the cards. The last experimental handset launched by Samsung, 2013’s curved Galaxy Round, never made it outside of the Korean market.