Photo community 500px has introduced a new feature that enables photographers to curate images and videos based on their preferred visual style. The feature is called Galleries, and the idea is that users can bookmark photos right on the site or even create a thematic scrapbook. This feature is available for all users on the Web, iOS, and Android.

The addition of Galleries comes as the company redesigns its Android app — with a renewed focus on a “brighter and more simplified experience” — while also debuting an app for the new Apple TV.

It’s hard enough trying to find that perfect photo that you want to remember or print out, but trying to find it a second time can be ridiculous. A 500x gallery could be the equivalent of a Pinterest board, where users can scroll through, find photos they like, and organize them into different galleries for reference later. And since it’s all about the visual experience, individual galleries will be organized in an aesthetically pleasing manner. 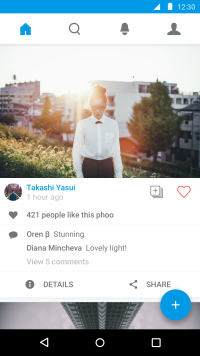 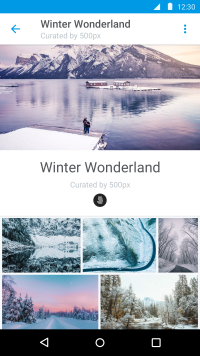 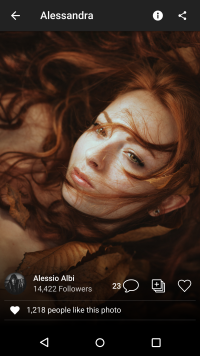 Another announcement from 500px is about the redesigned Android app. The company says that it now features photo recommendations to aid discovery, a personalized home feed, which is very similar to the iOS app update from earlier this year, as well as full aspect ratio photos, and an improved search capability.

Lastly, there’s now one more way for you to enjoy nice, professional-looking photos on your television set. Weeks after debuting an app on the Roku platform, 500px is launching one for the Apple TV. Yes, that’s right…you get all the same photos that you would get on your computer, tablet, and phone, but now on a much bigger screen. Now, if you have a Roku, Chromecast, or even an Apple TV, there’s no way to hide from the pictures.