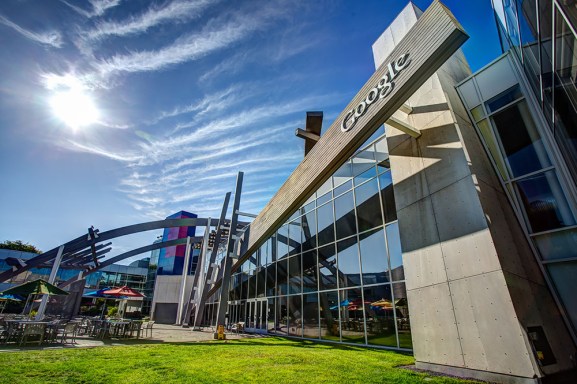 Google has joined the ranks of Y Combinator, 500 Startups, and Techstars in launching an accelerator, something that you wouldn’t necessarily expect from the technology giant. The program is built on the company’s Launchpad initiative and is a long-term engagement with select startups from around the world to give them the best resources, access to great mentors, and help accelerating their product.

Called the Launchpad accelerator, the program will be available to startups in India, Brazil, and Indonesia, three countries which Google’s Roy Glasberg told VentureBeat could represent the next billion dollar markets. The team has already selected its first batch of startups to participate in the program.

Google is targeting two things with this endeavor: helping startups build products on its platform and become successful doing it and ensuing that every startup has access to the best resources that the ecosystem can provide. Startups participating in the accelerator will receive $250,000 worth of assistance, including $50,000 in seed funding with zero equity taken, credits to use Google products, physical space in their country to work, access to a two-week boot camp in Mountain View, California, and six months of mentorship in the program before they graduate.

What’s noteworthy about the mentorship is that Google will transport industry experts to the startup — and they don’t have to necessarily be Google employees.

The Launchpad accelerator starts on January 18 and will bring up to 24 startups to Google’s headquarters. Glasberg said that it’s there that each company will work with the Google team on 3 to 4 day development life cycles, where gaps or areas of growth will hopefully be identified. From there, startups will be given tasks to see how they execute and will observe the corresponding impact — this process is reiterated multiple times until mentors can find the critical areas startups should work on over the next six months, once they’re back in their own country.

After graduating, the startups are flown back to Mountain View where they’ll meet with the next batch of companies and form relationships. Glasberg said that doing so will foster the startup ecosystem and encourage the startups to reach out to one another for assistance. Google will also remain a resource for the startups after graduation.

So what kind of companies fit the bill for participation in the Launchpad accelerator? Most of the users have to be in the startup’s home country and there has to be a strong product fit. The startup will also need to have a significant positive impact on the market. Launchpad is not looking at specific industry areas.

When asked how this effort would be different from other startup initiatives — such as Google for Entrepreneurs, Microsoft BizSpark, Amazon’s Launchpad, and others — Glasberg explained that Google is focusing more on the product that is being created. “Our perspective is the third-party product, the app that the developers are working on,” he said. “Some of the other companies come in and adopt a specific product, but Google’s not doing that…we’ll work with startups regardless.”

Glasberg continued with the comparison, saying that some accelerators are very local, meaning that companies will open them up and provide support from the nearby area. Launchpad’s goal is to give startups the best resource possible, regardless of location. “We’re building a global accelerator so that the mentorship and resource is the best, rather than based on the availability of the local mentors in the moment. We’re taking the ‘local’ word out of the equation,” he said.

So what does Google get by helping startups? For one, it’ll help to grow its ecosystem. This program will also build trust from users around Google’s mobile efforts. Glasberg suggested that the company will also receives access to a focus group of sorts, in that startups will provide it with feedback about its products, giving it more insight into how to improve its offering in the future.

Here are some of the startups that will be participating in the inaugural class:

ProDeaf: This startup has developed a platform to translate any spoken language into sign language using 3D avatar technology.

Agrosmart: The company is using technology to help farmers save energy and water. It’s leveraging the concept of Internet of Things and cloud computing to process lots of variables that are collected in the field to make irrigation of crops more efficient.

Elo7: A handicrafts marketplace, the company provides artisans with a place to connect with customers, promoting a social and conversational commerce experience.

DoorMint: An on-demand urban laundry service that is operating in Mumbai, Bangalore, and Gurgaon.

Jojonomic: A company that provides a mobile app to help manage reimbursements and personal finance.

While Brazil, India, and Indonesia are the first countries that the Launchpad accelerator is operating in, Glasberg said that there are plans to bring the program to more countries in the future, though there aren’t any clear timetables yet.