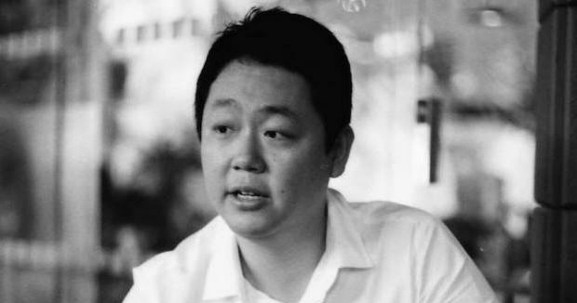 Kuan Hsu, general partner at Singapore-based KK Fund, is also a judge and mentor on Season Three of Channel News Asia TV show Start-UP. Previously a principal at GREE Ventures, the Taiwan-born regional superstar has been jumping from markets in Southeast Asia to filming episodes of Start-UP, and at the same time sourcing deals.

Kuan and fellow general partner Koichi Saito, formerly a partner at Japanese venture capital firm IMJ Investment Partners, launched KK Fund earlier this year to focus on seed and pre-seed round startups in the region. Both Kuan and Saito are Singapore-based, but travel frequently throughout Southeast Asia, North Asia, and at times the U.S. KK Fund is in the midst of raising its second fund.

Start-UP is an elimination show akin to the Apprentice, but involving teams of local startups who face tailored challenges (such as crowdfunding) across 8-10 episodes. Three boot camps to weed out the final eight teams — who then compete for the grand prize — are currently ongoing in Myanmar, Jakarta, and Singapore. In all, there are close to 60 teams participating.

But this isn’t an interview about a TV show.

“I believe that the [Southeast Asia] startup ecosystem is becoming more well-known by the mainstream folks,” Kuan told VentureBeat in an interview. “People who used to think that this kind of technological potential only happens in Silicon Valley are starting to realize that it is happening over here.”

KK Fund’s investment thesis is to target early-stage startups looking for their first institutional money. As these are early-stage startups, their business models are often less concrete (or will likely face pivots) and so the quality of the teams counts for a lot more. Investments per round tend to be between $100,000 and $250,000.

In some cases, KK Fund has been so compelled by a founder or team that they have invested at the ideation stage, though that certainly doesn’t represent the majority of their deals. For Kuan, one of the best indicators of a startup’s investability at this early stage is the entrepreneur’s previous experience and record.

“Serial entrepreneurs are usually the better ones. Usually,” he said. One of KK Fund’s portfolio companies, Malaysia-based Kaodim, recently went on to raise a $4 million Series A in November. Startups with a consumer angle are still preferred by KK Fund. Besides Southeast Asia, Taiwan and Hong Kong are also markets that they are excited about.

“KK Fund’s investment thesis is not going to change. We don’t want to have investment thesis creep, [which] happens to many funds… especially when [they] get flooded with new funding. Some of the funds may think, Oh man I can’t deploy capital fast enough and I need to show results to the LPs. Should we consider X, Y, and Z investment thesis that we haven’t done before? Changing the bets midway in the game — that is dangerous,” he added.

Before his days as a venture capitalist at GREE Ventures’ Southeast Asia operations, Kuan started out as a management consultant at McKinsey & Co. in the U.S., and also did time as a Tech, Media and Telecom merger and acquisition investment banker at Goldman Sachs New York. He eventually moved to Singapore, where he worked in private equity for Temasek Holdings.

Standing out in a region that’s getting noisier

Commenting on his home turf of Taiwan, he said: “It is unfortunately more difficult to raise funding [for Taiwanese startups], because I think the general reputation of Taiwan as a startup center for non-hardware startups is anywhere from miniscule to non-existent. Hardware-wise yeah, Taiwan is a globally well-known entity, thanks to successes such as TSMC, MediaTek, Asus, etc…but no equivalent successes on the software side.” Kuan commented, however, that the situation is rapidly evolving and startups such as Appier, EzTable, Gogoro, and VM5 are “making it more difficult for top-tier international VCs to ignore the Taiwan market.”

KK Fund continues to focus on investing in marketplaces and ecommerce enablers, which it believes is “right on the development curve” for the region. Financial inclusion, logistics plays, and education tech startups are also attractive targets for the fund because they are riding on the wave of a growing middle class in Southeast Asia.

To date, Kuan and Saito have made several investments in Malaysia, Singapore, Indonesia, and the Philippines, and are currently closing a deal in Thailand. They’re also in the midst of eyeing other markets, such as Vietnam.

“Vietnam is where if you cannot communicate in the local language it’s more challenging,” Kuan said. “I have experienced that personally. [That is] different compared to markets such as Malaysia, Thailand, Indonesia, and the Philippines.”

The firm’s second fund, the size of which has not yet been disclosed, is expected to close early next year. Challenges remain, however, if they are going to stand out in an increasingly saturated investment scene across Southeast Asia.

“You already have a lot of funds who have been playing the field [for a while], as well as many new players,” he said. “I believe that it is about helping LPs understand what value propositions we bring to the table, and how we are different.”

In a region that is still low on startup exits, to date, Kuan already has three to his name. But he foresees startups in Southeast Asia that have raised Series A rounds at unsustainable valuations — with high burn rates — beginning to struggle when those startups attempt to raise Series B funding. “2016 will be an interesting year to see what develops.”

Misconceptions in the U.S. and Europe

For many in the U.S. and Europe, Southeast Asia remains a mysterious land of opportunity — but one that is perhaps too alien and difficult to navigate for most casual investors. As a result, misconceptions around what’s actually going on abound, and some are still of the mindset that “it won’t amount to anything big.”

For KK Fund, that is an absurd perspective, and one that they plan to fully arbitrage.

“If you look at Southeast Asia, there are numerous problems that Silicon Valley just cannot observe,” Kuan said. “Silicon Valley does not see the problems of the unbanked, of emerging markets, of a booming middle-class population of 400 million by 2020 that are coming online and buying things for the first time on the internet or more likely, on the mobile. Silicon Valley is not targeting such problems.”

M-Pesa, a mobile financial services play started in South Africa in 2010, was one such example of a local-market solution that would not have come out of Silicon Valley. And it will not just take the birth of more unicorns in Asia to change that mindset — it will require the emergence of fundamentally new business models to address problems that only really exist in this part of the world and in other emerging markets.

“Guys like us who are focused on Southeast Asia entrepreneurs will hopefully be the ones to help support [those new businesses],” Kuan concluded.