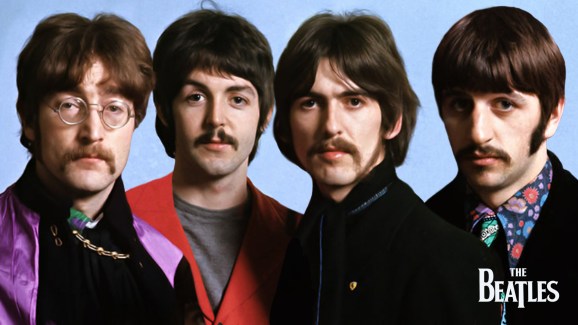 Sometime between now and Christmas, it seems the prayers of music fans will be answered when The Beatles’ catalog makes its way to streaming services.

According to Billboard‘s sources, “there’s a strong indication” that The Beatles tunes will be available for streaming starting December 24, though it’s not yet clear whether all or just some subscription services will have access.

Still, with all due respect to Taylor Swift and Adele, The Beatles remain the world’s biggest band, even 45 years after their breakup. That status has allowed them to take their time moving to new platforms, six years after the iTunes store launched to enter the digital download market.

But downloads are fading fast.

Earlier this year, Warner Music Group said it was now making more money from streaming royalties than digital download sales. And this was the year Apple itself, king of the download market, bowed to the inevitable and launched its own streaming music service.

Of course, there are still holdouts like Adele, who kept her latest album off streaming music platforms and scored record sales. And Swift has used her might to set the terms of her catalog’s availability, pulling it from Spotify and threatening Apple if it didn’t pay royalties during the free trial period.

But these are the dwindling exceptions. During the first six months of 2015, sales of digital downloads were $1.29 billion, according to the Recording Industry Association of America. Streaming royalties accounted for $1.02 billion. But downloads fell from $1.32 billion for the same period a year ago, while streaming was up from $834 million.

It’s not unreasonable to bet that streaming will pass downloads in revenue in 2016. And holdouts will risk being left behind by the mainstream audience.

The Beatles, whose members have separately made their solo catalogs available, understand this. The band’s appearance will likely drive even more people toward streaming and away from downloads.

The download market has had its rise and fall, our generations’ 8-track tape. Rather than the future, it turns out downloads were just a bridge to the next evolutionary stage of music consumption.

And this week, The Beatles will burn that bridge behind them.