Kim Kardashian seems confident, all evidence to the contrary, that her latest app, Kimoji, “broke the entire app store.” It certainly shot up to the top of the paid app charts — yes, paid apps still exist — like a SpaceX Falcon 9 rocket.

But the app might be more of a shakedown than a takedown.

Currently, the app has more one-star reviews than five-star ones, and the most common word in reviews, after emoji and kimoji, is bug. One displeased buyer, probably using the “crying Kim” emoji, has this to say: “Can’t use on any apps, instagram, kik etc. You need to copy paste the emojis every time — very displeased. Do not waste your money.” Another reviewer says the keyboard disappeared after using two emojis.

In fact, almost half of the current reviews are either one or two stars: 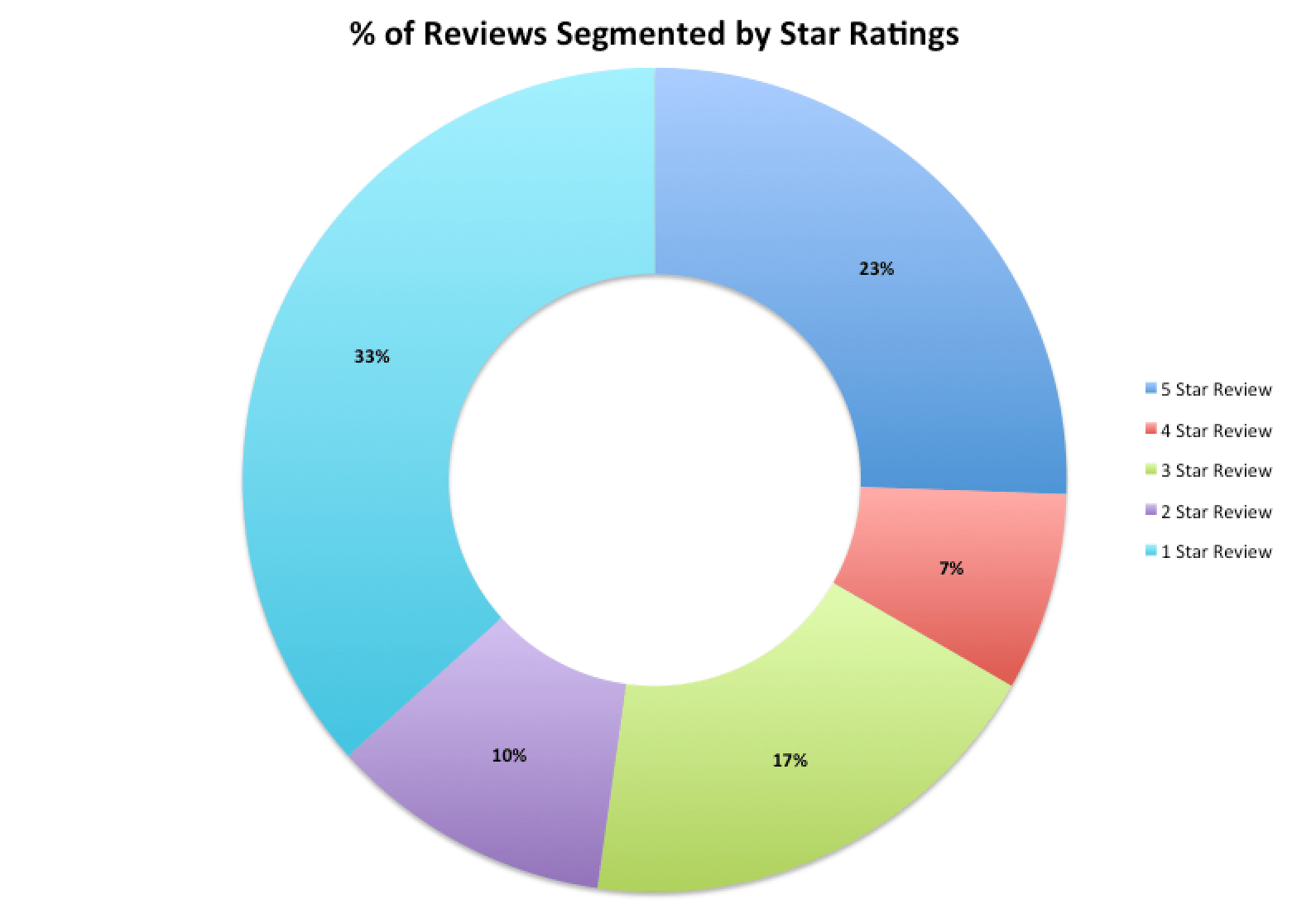 Early reviews aside, the $2 app is a clear financial success, at least so far.

And, if we actually needed more proof, the Kimoji app shows that Kardashians sell, and most things the Kardashians touch make bank. It is a very unusual app that shoots up the paid charts and displaces Minecraft, a perennial leader.

Joe Braidwood, CMO of SwiftKey, a replacement keyboard for mobile that is designed to speed up your typing, said it’s part of a larger movement:

“It’s part of a growing trend of using the keyboard framework to give fans access to exclusive, fun sticker content,” he told me via Facebook Messenger. “But let’s face it, it’s no Bitmoji!”

Bitmoji, a keyboard that allows you to create your own personal emojis, is of course a direct competitor to Kimoji. It’s available on both iOS and Android, and it currently has hundreds of thousands of reviews for multiple versions, boasting a 4.5-star rating on both major platforms. Still, users complain of having to save emojis as pictures and then share those pictures to social networks, rather than being able to use them as normal, platform or OS-native emojis.

And it appears that true fans are willing to wait for a perfect experience:

“The app started out glitchy AS ALL APPS but once everything was taken care of, it’s pretty good,” Kaye from the U.S. said. “The only thing I don’t like is that you’re unable to use the emojis on social sites.”

Perhaps the app’s icon, Kim Kardashian with a teardrop, is more apt than the publishers could have imagined.