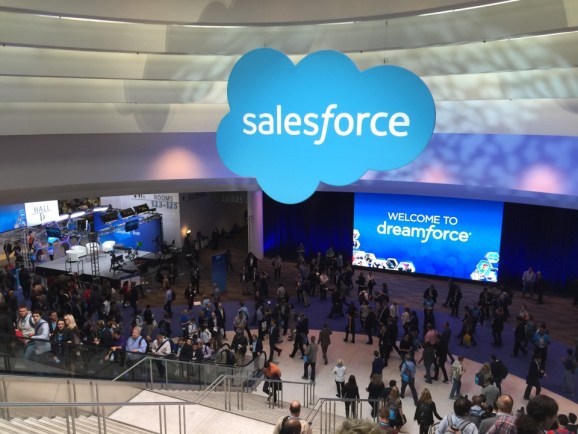 Salesforce has acquired SteelBrick, a company with software for helping sales reps figure out the right price quotes to give customers, for a total of $360 million, the companies announced today.

“Being a part of Salesforce will give us an amazing opportunity to accelerate our delivery of fully integrated Quote-to-Cash applications right within Salesforce, helping thousands more customers grow revenue faster than ever before,” SteelBrick CEO Godard Abel wrote in a blog post on the news.

The $360 million figure, with $300 million in net of cash acquired, involves a deduction resulting from money Salesforce Ventures has previously invested, according to a U.S. Securities and Exchange Commission filing.

Earlier this week, The Information reported that Salesforce was in talks about the acquisition but that the deal would go through for $600 million.

SteelBrick’s quote-to-cash software is part of the more general configure-price-quote market. The software integrates natively with Salesforce. In addition to figuring out the right prices for products, SteelBrick’s tools can take care of orders, contracts, billing, and payments.

SteelBrick announced an $18 million funding round earlier this year. Investors include Institutional Venture Partners, Emergence Capital, and Shasta Ventures. As of February, SteelBrick had 350 customers.

Before joining SteelBrick, Abel was chief executive of BigMachines, a configure-price-quote software provider that Oracle bought in 2013. SteelBrick started in 2010 and was based in San Mateo, California.