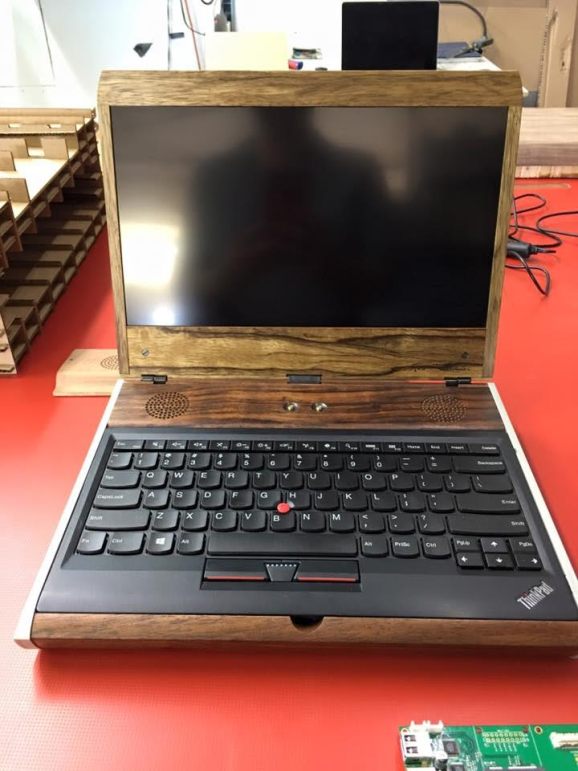 The Novena Heirloom. A dozen of these $5,000 special models have shipped.

Chances are that you are not going to find this on display next week at the 2016 International CES (the big tech trade show in Las Vegas). The creators of the $5,000 Novena Heirloom, a laptop built with a completely open and modifiable design, shipped the last premium models to backers last week.

The Heirloom is a special version of the Novena, a “labor of love” project created by hacker Andrew “Bunnie” Huang, along with Sean Cross and designer Kurt Mottweiler. The project is part of a do-it-yourself hardware trend that is sweeping through the hardware industry. That movement has been responsible for the creation of new technologies such as 3D printing, cool robots, and virtual reality headsets.

Huang is the hacker who broke into the original Xbox. He has a love for open-source projects, and thought of the Novena as a hacker’s dream laptop. The trio raised $783,329 for the Novena project through hardware crowdfunding site Crowd Supply. Mottweiler worked on the Heirloom with Huang.

There were only 12 Heirlooms made, priced at $5,000 each. They use the same components as the original Novena, including the same board, ROMulater, battery, MyriadRF SSD board, and Freescale iMX6 quad-core Cortex A9 CPU with Neon floating-point unit, running at 1.2 gigahertz. They have ports such as a mini PCI-express slot, HDMI, SD card reader, and two USB 2.0 ports. They also have a resistive touchscreen controller, digital microphone, 3-axis accelerometer, and other components listed here.

The casings are made from four different types of wood – Oregon Walnut, Makore, Black Limba, and Afrormosia. Mottweiler documented the process of making the covers on his blog.

The entire operating system is buildable from source code.

The board itself is $500. The desktop is $1,195, and the basic laptop, dubbed the Novena 1100, is $1,995. The machines will come with Debian (GNU/Linux) preinstalled. This is obviously not aimed at your everyday consumer.

The creators operated under the name Sutajio Kosagi. The design started as a hobby project in June 2012. By December of that year, they had their first working board. They showed off a prototype for a laptop and got an overwhelming response, which led to the creation of a new version of the case and the current design.