The startup’s video production arm, Coconuts TV, goes beyond just text and images to offer viewers a window into the region through short original documentaries, akin to VICE. News, food, and travel are key areas of focus. Founder Byron Perry, an English major from Georgetown University, started the company in 2011 while living in Bangkok and working as an editor at Ensign Media. Before that, he worked for the Phnom Penh Post in Cambodia, as well as Variety in Los Angeles and San Francisco Magazine in — you guessed it — San Francisco.

“[Social media] was one thing [Coconuts] was doing that Bangkok Post and BK Magazine weren’t really doing,” Perry said. “Not many [local English-language] outlets were doing that [in Bangkok in 2011], so that was definitely a way we were being discovered.” Coconuts’ Bangkok edition today has more than 170,000 fans on its Facebook page. Across all its editions, Coconuts claims close to 500,000 Facebook fans. 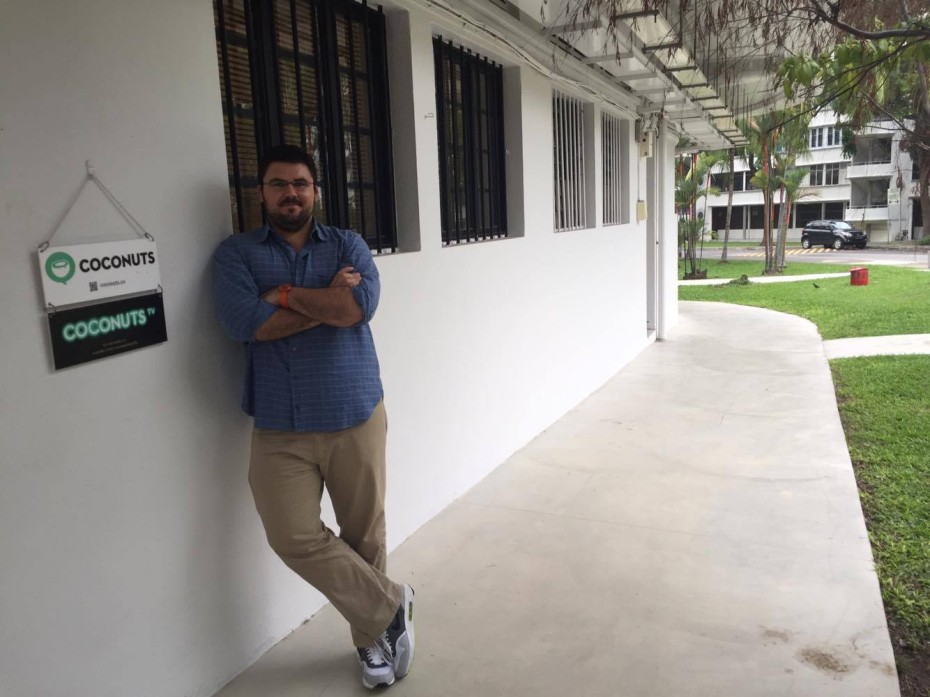 A year after launch, Perry raised a small angel round and launched in Manila. He then raised a second small angel round in 2013, before scoring a more substantial $2 million round in 2014. In November 2015, the Manila edition alone saw 1.7 million unique visitors, making it Coconuts’ largest edition ahead of Bangkok. Perry is now looking for an institutional investment round early this year, with its biggest calendar month to date (March 2015) reporting a whopping 4.16 million unique visitors.

As Southeast Asia is known to be a region of emerging markets and Internet users who have skipped desktop altogether — instead going straight to mobile — Coconuts on average sees only 30 percent of its readers coming from desktop. Mobile accounts for 60 percent, and tablets another 10 percent. Markets like the Philippines, Bangkok, Singapore, and Hong Kong are skewed even more toward a mobile readership, while Jakarta is roughly split between mobile and desktop.

In terms of the U.S., Coconuts draws obvious comparisons to AOL-backed hyper-local news network Patch, which launched in late 2007. But Coconuts likes to think it boasts better design and style than the U.S. player. “We wanted to be local city media that was cool,” Perry said. “In terms of our editorial, we wanted to look up more to the Village Voice or the San Francisco Bay Guardian… The main thing that I looked up to Patch for was the fact that it was a network of local city websites.” Perry’s also a fan of the ist network, which comprises local news websites like Londonist, LAist, and Shanghaiist.

This year, Coconuts is looking to break the 10 million unique visitor milestone across all its editions. An India launch is also in the cards. Video will be a bigger push and will include Facebook Mentions live video. China remains a tough market for Coconuts to enter — it has been intermittently blocked by Chinese officials, possibly due to its coverage of the October 2014 Occupy protest movement in Hong Kong. As of now, the organization still doesn’t have a dedicated China edition to speak of, despite Perry’s belief that “there’s a market for Coconuts [in the country].” 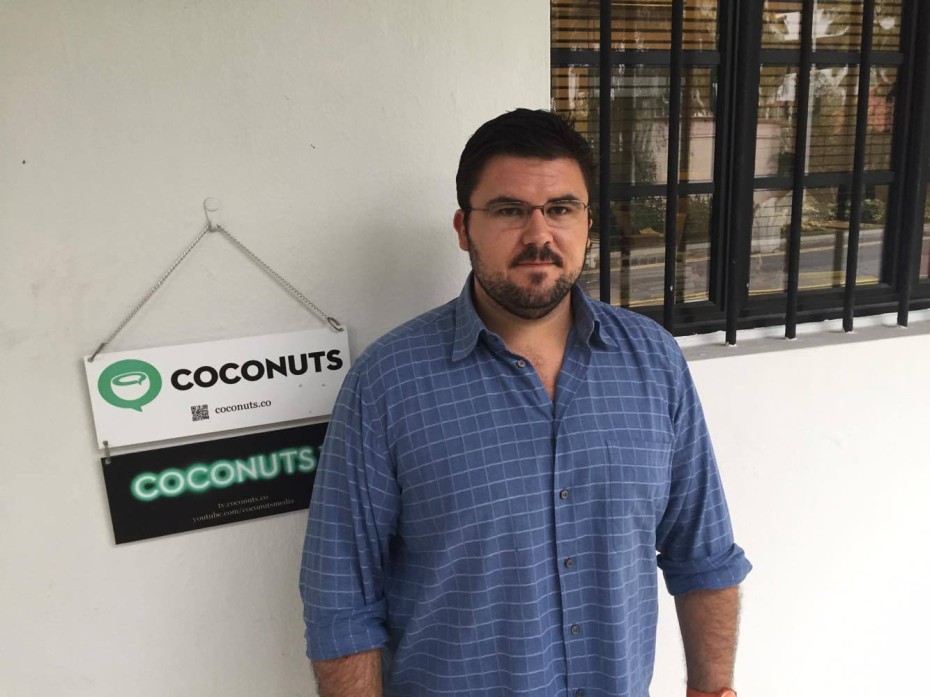 Some of the major challenges for the media startup have been due to the highly fragmented nature of markets in Southeast Asia, each with different cultures and languages. A key to navigating this has been finding great local talent, including in-house engineers for the tech side of the operation. While Perry started out producing all the content for the website in 2011, and for much of the first year, today he has transitioned into more of a managerial role, steering the great beast that Coconuts has become.

Part of that involves looking at revenue sources for the future. “Another area where I think there’s a lot of untapped revenue is with TV companies syndicating our library of content,” Perry said. “We have 26 hours of content, 500 short videos ranging from 5-15 minutes long… We have syndicated our videos to Go Asean, which is a new TV network in Malaysia, [as well as] ABS-CBN, the biggest TV network in the Philippines, [and] Fusion, a new website and TV network in the U.S. That’s something we want to do more and more.”

Coconuts clocked almost $500,000 in revenue in 2015, and next year expects to hit $1 million. The current team of 40 could double to 80, with about half of those in editorial. Meanwhile, amid news that Chinese ecommerce giant Alibaba just bought the Hong Kong-based South China Morning Post in December for $266 million, and Singapore-based tech blog Tech In Asia raised $4 million in June, it seems that investor sentiment is increasingly turning bullish on the potential of online news media in the region. Singapore-based tech blog E27 also scored $650,000 in the middle of last year, and DealStreetAsia landed a pre-Series A round just last month.

Perry says that key hires have been a huge factor in Coconuts Media’s growth. Spencer Weed was brought on as Technology and Design Manager to handle all things website-related in 2012, and Multimedia Director Alexander Hotz joined as in 2013 as lead producer of Coconuts TV videos.

James Ong edited Coconuts Manila for a year before moving to Singapore to oversee all sites as Editorial Director, while Praj Kiatpongsan has grown from Coconuts Bangkok Editor to Thailand Country Manager, managing all operations in the country. The 2015 addition of former HSBC investment banker Thomas Caceres as CFO has been a boon to the company’s financial operations as well.

Coconuts’ future looks bright, with micro-sites created through deals with the likes of Thailand’s Singha beer company and the possible launch of an events arm. The startup’s impressive growth is a slap in the face to naysayers, who doubt the viability (and potential for profitability) of online news in the region. While Coconuts isn’t expecting to hit profitability this year, it may do so by 2017 as more of its individual editions become profitable in their own right.

The company and team represents an interesting case study of what is essentially another — albeit less-reported — type of tech startup flourishing in Southeast Asia as we move into 2016. You can check out Coconuts’ most popular video from last year below, about a man who “paints with his penis”: