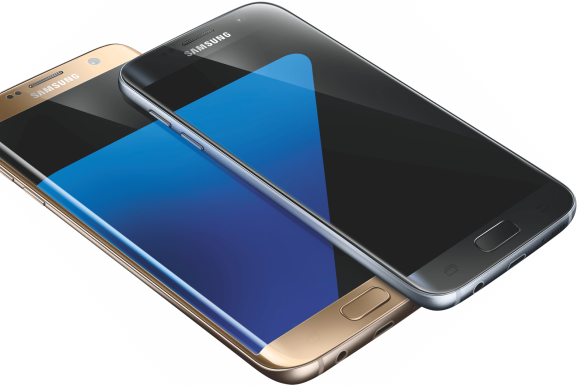 Samsung is endowing its first two 2016 flagships with a pair of features that were conspicuously missing from 2015’s Galaxy S6 and S6 edge, according to a person briefed on the company’s plans. Both the Galaxy S7 and Galaxy S7 edge will offer microSD slots (compatible with cards up to 200GB) and possess IP67 dust- and water-resistance certifications, this person said.

Further details about the two devices, tipped to feature largely the same design as the S6 generation, were also revealed to VentureBeat. Whereas last year’s pair of flagships had the same 5.1-inch display size, this year only the flat S7 variant will retain that screen diagonal. The S7 edge was said to offer a larger, curved display measuring 5.5 inches.

(Previous reports have variously put the latter handset’s display size at 5.7 inches  — the same as last year’s S6 edge+ — but we were told that would be considered too large for a first-half companion to a 5.1-inch flagship model.)

Resolution will supposedly remain the same across both Super AMOLED screens, at 1440 x 2560 quad HD. One alleged difference this year is the inclusion of always-on display (AOD) functionality, enabling a glanceable screen (with the ability to show downloaded content), which is said to consume about one percent of the battery per hour.

Speaking of batteries, the packs are set to address at least one criticism with 2015’s power implementation. While neither handset will bring back the ability for end users to replace batteries, both models are receiving a capacity bump: to 3000mAh and 3600mAh for the S7 and S7 edge, respectively (up from 2550mAh and 2600mAh).

VentureBeat was told that Samsung presented the phones as being powered by the new, homegrown Exynos 8 Octa 8890, a system-on-a-chip based partially on an ARM reference design, and offering four high-performance 2.3GHz cores along with four power-efficient 1.6GHz cores (as well as an integrated cellular baseband modem, which will enable alleged LTE Category 9 throughput).

However, it should be noted that Samsung often employs different CPUs for different regions, and other reports have tipped Qualcomm’s Snapdragon 820 SoC for use in North American S7 variants, at the very least. All regions, though, should see the same 4GB of RAM utilized, but only two storage options: 32GB or 64GB. (While a 128GB option was not mentioned, it may exist in select channels.)

Finally, in a move that’s bound to cause some marketing headaches, the main camera sensor is supposedly “just” 12 megapixels, down from the 16 megapixels found in the S6 generation. But resolution is not everything, of course, and the module — coupled with an f/1.7 lens aperture (compared to f/1.9 on S6) — was tipped as being especially capable in low light situations.

Another upside, from some points of view, is that the rear camera lens should now be flush with the backside of the device, eliminating the sometimes-maligned “S6 hump.” The front-facing selfie cam was said to remain unchanged, at least concerning its five-megapixel resolution.

As it has for the past several years, Samsung will allegedly unveil the handsets prior to the 2016 Mobile World Congress in Barcelona, in mid-to-late February. A global rollout was said to begin in March, in the initial colors of black, white, and gold.

Update on January 31: Samsung will be unveiling these devices on February 21.