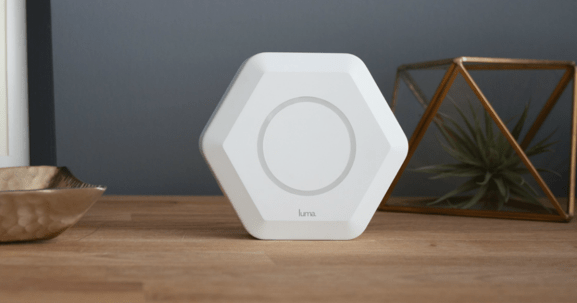 I’m not an experienced tech business guru, but if you’re going to purchase another company, it seems like it’s a good idea to make sure that it adds value to your current business model.

Now I have a good example of what that looks like.

Luma, the creators of a sophisticated Wi-Fi router (available for pre-order for $100), has purchased 500 Startups alumni Nodal Industries, developers of the Numa, a plug n’ play network security device. Luma will be absorbing Nodal Industries’ security technology, plugging it into their current Luma product line.

In addition, cofounder and CEO of Nodal Industries, Marcus Eagan, will now be taking on the role of director of Luma’s Internet of Things team.

Luma’s router is designed as a small package that tosses a large wireless mesh network, creating solid Internet connectivity throughout the home. The Luma router’s most impressive feature, however, is how it simplifies router system administration. Instead of asking users to deal with hard technical issues, such as filtering addresses by hand in order to allow or deny devices onto the local network, the Luma allows users to connect devices by selecting them from a simple UI on their phone.

The Luma router also simplifies access control, allowing the main user to easily see what other devices are doing, and even restrict what sort of sites certain devices are allowed to connect to.

This is particularly important in the IoT ecosystem, which carries with it one glaring issue: security.  Of course, network security just happens to be Nodal Industries’ area of expertise. Nodal Industries is the creator of the Numa, a sort of gatekeeping device that sits on a home’s network and monitors content that filters through before allowing it to reach other devices.

“By merging these two technologies, consumers will now enjoy the equivalent of having the world’s most advanced corporate internet security team right in their home,” explained Eagen, “So you never have to worry about the security vulnerabilities that come with great smart home products ever again.”