Microsoft’s smart digital assistant — Cortana — is getting a handful of new features from today, with those on the early-stage Windows Insider Program first to get a glimpse of the new tools.

Cortana promises to get more intelligent over time, as it learns a user’s individual preferences, and it has been offering a range of location-based reminders for a while — so, for example, if you know you need to buy something for dinner, you can be alerted when you walk past the supermarket. Now, Microsoft is taking things a stage further by serving up reminders when you commit to do something in an email. It’s designed to help solve the perennial problem many face — overloaded inboxes and a tendency to “forget” promises made in email messages.

The feature is the result of work carried out with Microsoft Research (MSR), and it presumably uses natural language processing (NLP) to identify things you say you’ll do and a time-frame in which you commit to doing them. Cortana can then automatically remind you of this obligation through a pop-up message. So that pledge to your boss to get the end-of-year report “done by EOD” will become harder to forget. 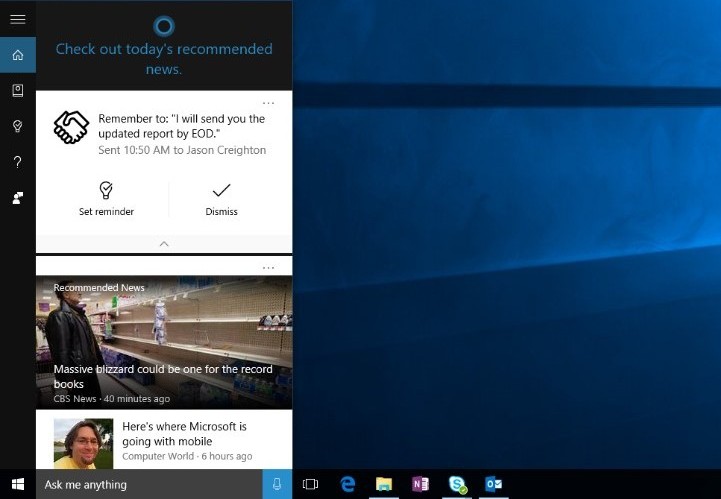 Related to this, a new Cortana feature will also help you manage your calendar appointments more effectively. For example, if someone tries to set up a meeting during a time you don’t normally work (e.g. evenings or weekends), Cortana will flag this as a potential problem and let you reschedule it, or invite you to change your alarm if it’s a meeting you’re not able to wiggle out of. 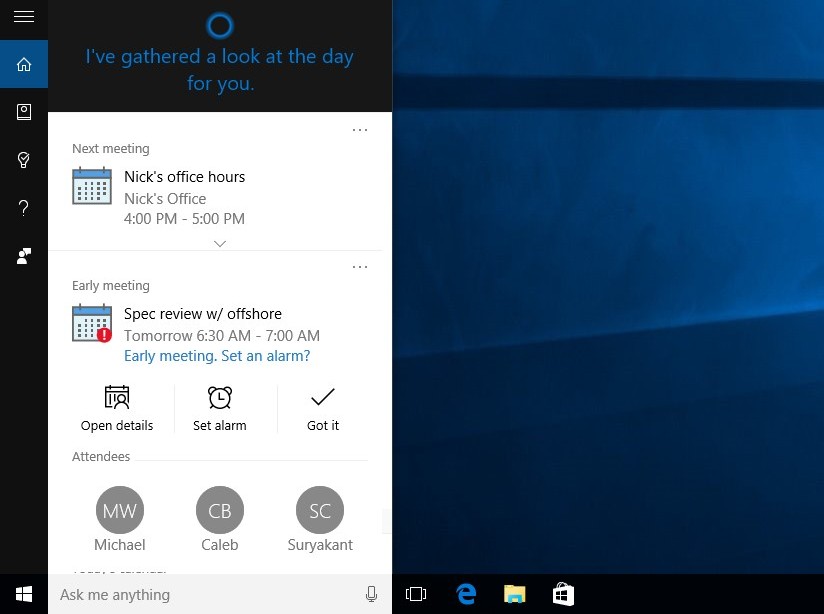 First unveiled as part of Windows Phone 8.1, Cortana was initially launched as a beta product in the U.S. before arriving in the U.K. and a handful of other markets. Ahead of the launch of Windows 10 last year, Microsoft revealed that the Siri-like virtual assistant would be landing on the desktop, too.

Artificial intelligence (AI) is becoming big business, with major tech companies and emerging startups investing considerable time and resources into automating our lives by training computers to “think” for themselves.

We’re still in the early stages of the AI revolution, but your PC’s ability to bail you out of trouble by ensuring you don’t forget important promises represents a small but notable advance for the field of study. Microsoft hasn’t given any indication as to when the feature will arrive in the main consumer version of Windows, but if you’re on the Insider Program, you should be able to gain access from today.