Put another way, 65.41 percent of all Facebook members use the service daily, and 64.86 percent of mobile members use it daily as well. But in its earnings slides (PDF), the company also shared it has 823 million mobile-only users, the most interesting user figure that comes out of its earnings reports. 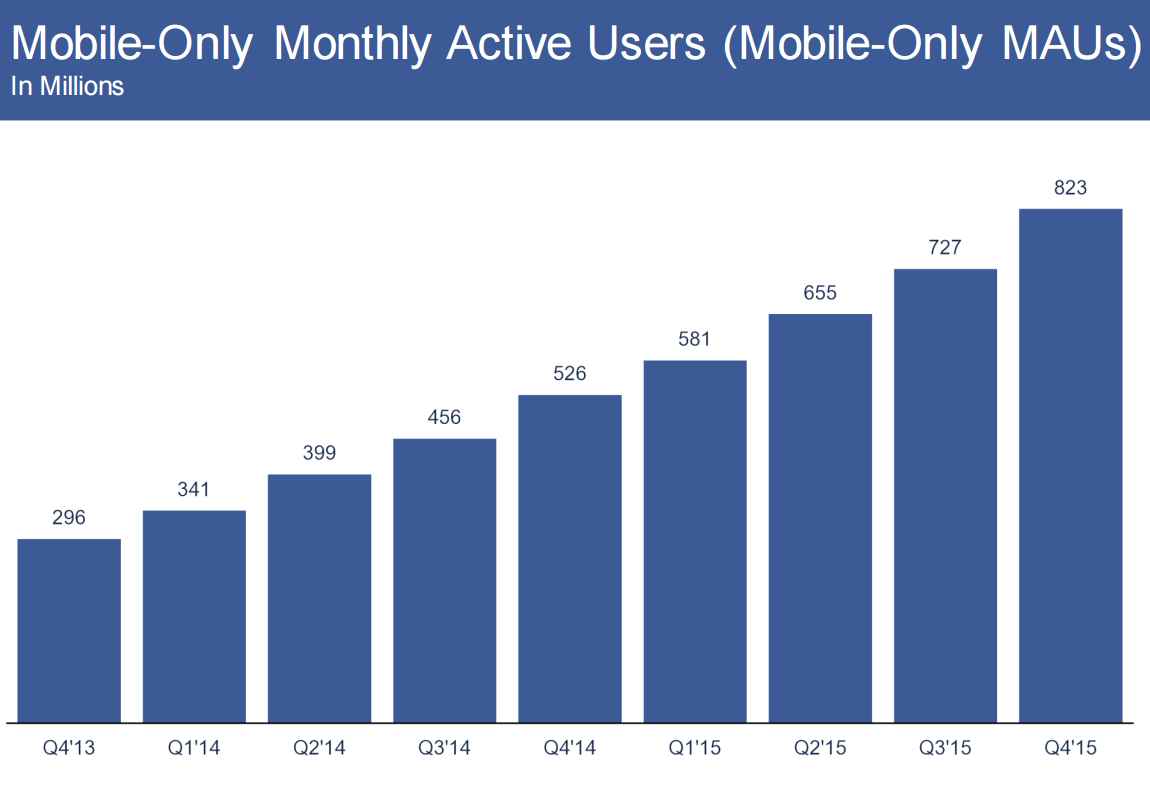 Between Q3 and Q4, Facebook added 96 million mobile-only users. In Q3 2015, mobile-only users accounted for 46.90 percent of the social network’s total members, so the group grew over 4 percentage points. This number climbs every quarter, though it will naturally slow down soon.

Here is how Facebook distinguishes this category of users:

Even though Facebook doesn’t break out this number in its earnings release, this is by far the most important the one to watch. Facebook’s growth will continue to slow due to its size, but the revenue share coming from mobile is still growing.

Mobile-only users are key to a social network that has managed to successfully transform itself into a mobile-first business. But it’s also impressive that Facebook has managed to keep all its numbers growing, albeit slowly. 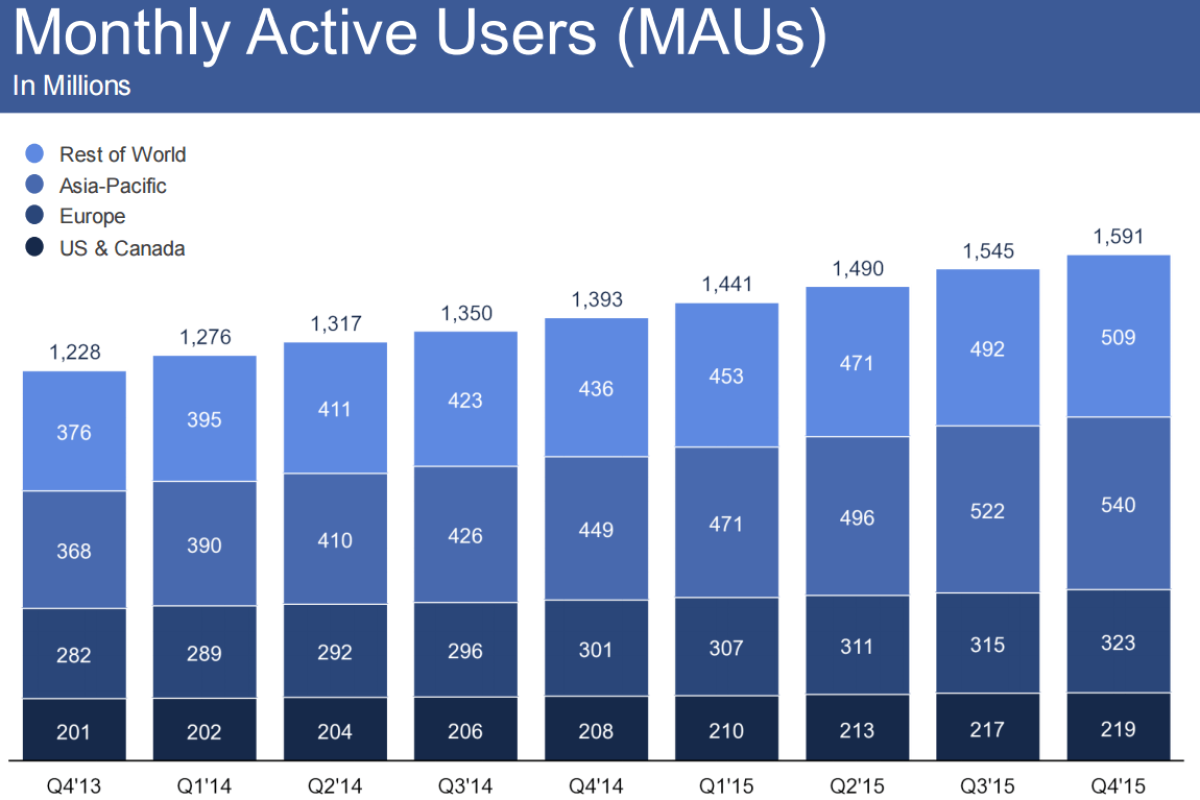 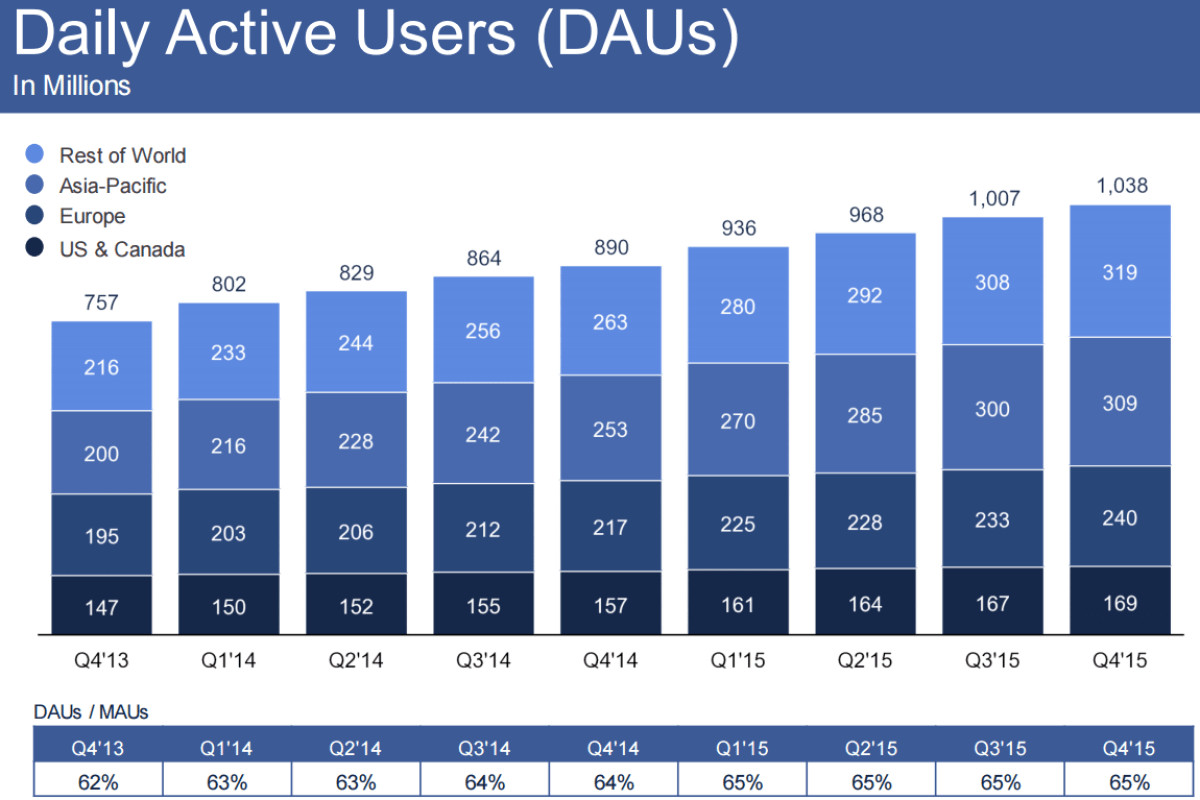 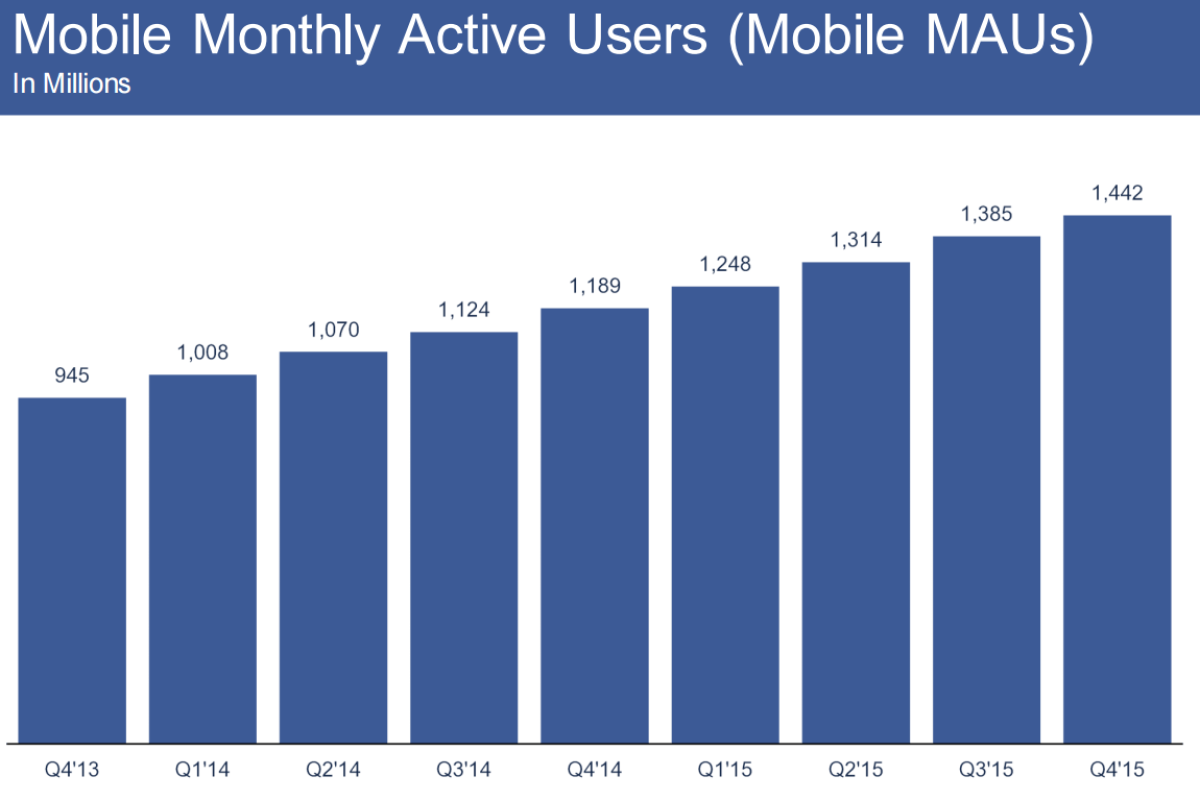 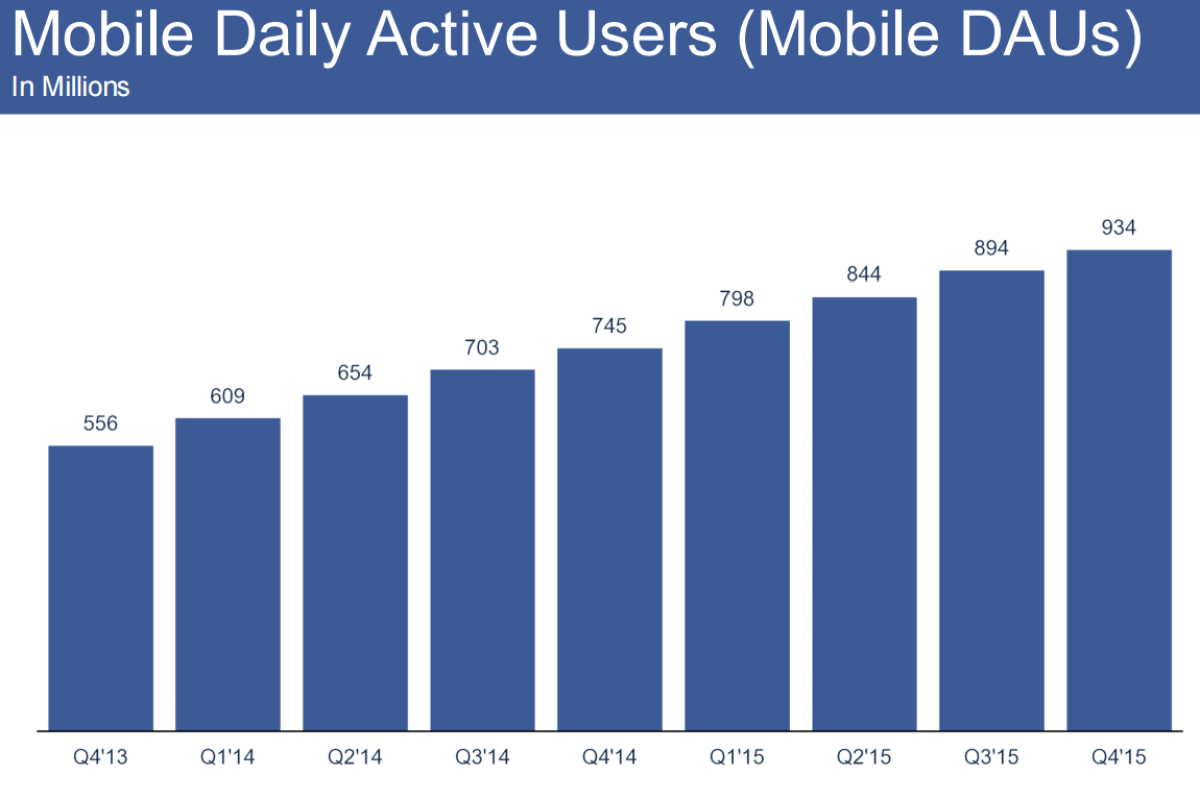