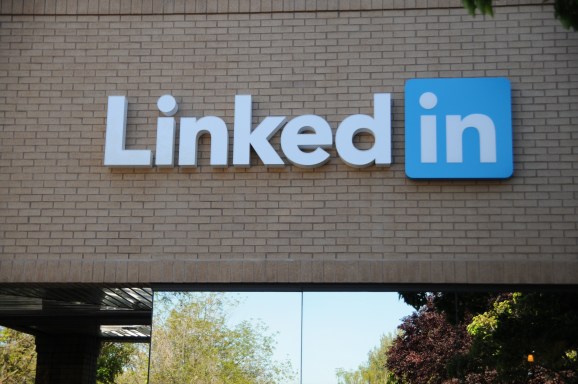 LinkedIn (LNKD) revealed today during its Q4 2015 earnings report that it now has 414 million members, a 3.43 percent increase from last quarter’s results.

“In the quarter, cumulative members grew 19% to 414 million, unique visiting members grew 7% to an average of 100 million per month, and member page views grew 26%,” said chief executive Jeff Weiner in a prepared statement. “This yielded 17% year over year growth in page views per unique visiting member, continuing a pattern of strong engagement growth over the past several quarters. Mobile in particular grew 3x faster than overall member activity, and now represents 57% of all traffic to LinkedIn.”

In the past quarter, LinkedIn has developed ways to appeal not only to its members, but also the recruiters, salespeople, and everyone else who might want to further tap into the professional space. Among those updates is the launch of Project Voyager, which was a redesign of its flagship mobile app. The company stated that since its debut in December, there has been more engagement and sharing — nearly 40 percent annually.

It also touted how improved its discovery feature was in accomplishing perhaps the most fundamental part of LinkedIn’s mission: finding a job. The company disclosed that its core app along with its job seeker service resulted in a material increase in jobs engagement on LinkedIn from “approximately 30 percent year-over-year growth last January to over 80 percent growth today.” There are now more than 6 million job listings on the platform.

Weiner said that LinkedIn will also be expanding access to its Referral and Recruiter services in 2016. Another part of its outreach effort will likely include Connectifier, which LinkedIn announced its acquisition of today. Eventually, the company said it will launch an all-in-one suite for recruiters that will tie in all of LinkedIn’s existing services.

Most of what LinkedIn has done involved launching new standalone mobile apps, and it seems that is resonating with its members, at least in terms of the preferred device to access the company’s offerings. However, even though last quarter the company disclosed that 25 percent of its members use it monthly, this time LinkedIn didn’t appear to mention that metric.

But while LinkedIn touts its member engagement numbers, it also revealed some financial news. In the last quarter of 2015, it generated revenue of $862 million, a 34 percent year-over-year increase and $0.94 earnings per share (EPS), up 35 percent annually. Wall Street analysts had been expecting $857.59 million in revenue and $0.78 EPS.

Weiner said that this “strong quarter” for LinkedIn will give the company momentum into 2016 where it will have an “increased focus on core initiatives that will help drive growth and scale across our portfolio.”

Although shares in the professional social networking company closed up 0.54 percent for the day at $192.28, they quickly plunged soon after based on weak guidance that LinkedIn provided for Q1 FY2016. In after-hours trading, its stock is down 22.84 percent.