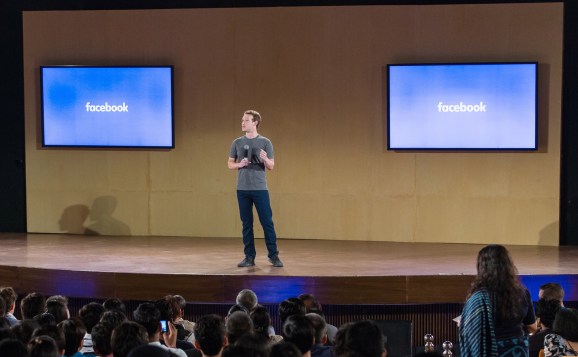 India has passed a new law that prevents telecom services from charging different tariffs based on content, a move that will have significant repercussions for big tech companies — including Facebook.

The Telecom Regulatory Authority of India (TRAI), has passed the Prohibition of Discriminatory Tariffs for Data Services Regulations, which states in part: “No service provider shall offer or charge discriminatory tariffs for data services on the basis of content.”

Though this legislation will apply to all companies, it’s clear that Facebook’s recent initiatives in the country have played a major part in bringing the new law to pass. Facebook’s free Internet program, Free Basics, has been widely criticized for violating the principles of net neutrality. By handpicking which Internet services are included and which aren’t, it’s argued that Facebook is serving as the gatekeeper for so-called zero-rating services. Indeed, Facebook itself features prominently in the Free Basics app, meaning locals can access Facebook without incurring data charges.

While Facebook claims north of 1.5 billion monthly active users (MAUs), it’s approaching a saturation point in many Western markets, which is why it is looking to other markets for growth. Cofounder and CEO Mark Zuckerberg has been on a huge charm offensive in India of late, as he eyes the hundreds of millions of people still to come online across the country.

“Our mission is to give everyone in the world the power to share what’s important to them and to connect every person in the world,” explained Zuckerberg at a Townhall Q&A at the Indian Institute of Technology (IIT), back in October. “And India is the world’s largest democracy. There are a billion people in India who do not have access to the Internet yet, and if we care about connecting everyone in the world, you can’t do that if there are so many people who don’t have access to basic connectivity.”

While that mission in itself is commendable, the way Facebook has gone about implementing Free Basics has rankled many. India has been making it clear that it doesn’t want Facebook’s idea of a walled-garden Internet, and now this sentiment has been backed by legislators too.

A Facebook spokesperson has provided VentureBeat with the following statement on today’s news.

“Our goal with Free Basics is to bring more people online with an open, non-exclusive and free platform. While disappointed with the outcome, we will continue our efforts to eliminate barriers and give the unconnected an easier path to the internet and the opportunities it brings.”

Update at 11:25 a.m. Pacific: Zuckerberg has chimed in to say that “connecting India is an important goal we won’t give up on.”