This January, five global tech startups raised a total of $858 million to become the latest members of the Unicorn Club.

The one making the biggest leap was Shanghai-based Dada ($1 billion valuation), which raised $300 million in Series D financing from DST Global, Sequoia Capital, and other sources. Dada, a sort of Uber for things, has an app that links delivery workers to local delivery jobs.

Indian e-commerce marketplace ShopClues ($1.1 billion valuation) picked up over $100 million in a Series E round led by the Singapore government’s GIC wealth fund. The four-year-old company expects to become, in the first half of next year, the first pure-play Indian e-commerce company to turn profitable.

And Forescout Technologies ($1 billion valuation) joined the club with a mere $76 million in new financing led by Wellington Management. Forescout plans to use the money to expand operations and increase R&D efforts in its Internet of things cybersecurity specialty. 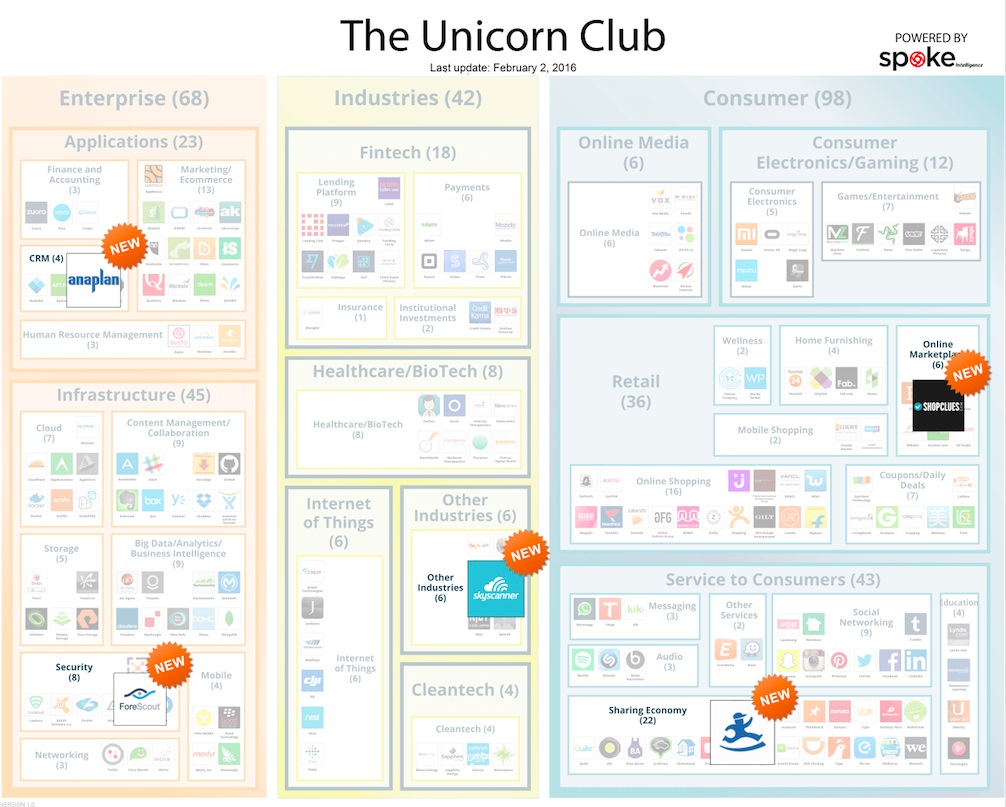 Meanwhile, Unicorn members Lyft and Jawbone got new cash infusions, and Legendary Pictures cashed out in a big way.

Three-city ridesharing firm Lyft got a $1 billion lift, half of it coming from General Motors, which said it’s forming an unprecedented partnership that could eventually lead to on-demand, self-driving cars. Before that, the companies plan to set up hubs where Lyft drivers can get discounted rentals of GM cars. Funding also came from Saudi Arabia’s Kingdom Holding Co. and others, bringing Lyft’s valuation to $5.5 billion.

Another San Francisco tech firm, Jawbone, went next door to the Kuwait Investment Authority, which led a $165 million mezzanine round to fund operations, growth, and new product development. Jawbone is known for its wearable technology, including ERA and Bluetooth headsets, the UP activity tracking system, JAMBOX wireless speakers, and NoiseAssassin noise cancelling technology.

Also in San Francisco, Sunrun closed on $25 million of senior secured credit facilities to support its largest-in-the-US home solar business. The five-year deal is with a syndicate of investors arranged by Investec and will let Sunrun add to its 20,000 installed systems, many of which it retains ownership of, either leasing them to homeowners or selling homeowners the electricity they produce.

You can track the 200+ company Unicorn Landscape on VBProfiles.com.