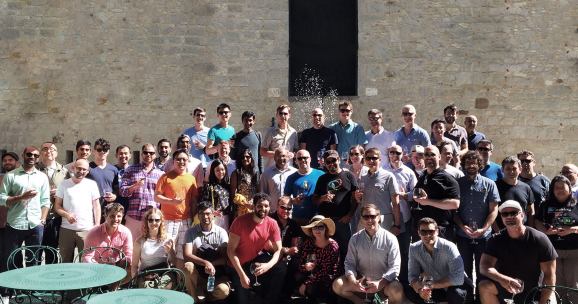 Trifacta, a startup with software for cleaning up raw, messy data and getting it ready for analysis, is announcing today a $35 million round of funding that should help the company grow.

Not that Trifacta hasn’t been growing. Joe Hellerstein, a cofounder and the chief strategy officer, told VentureBeat that in 2015 the company’s revenue bookings went up 700 percent — of course, that’s an increase over a small base, but it nonetheless conveys that business is on the rise. Trifacta now has more than 50 enterprise customers, including Cisco, GoPro, Juniper, Kaiser Permanente, McKesson, PepsiCo, Pfizer, and Procter & Gamble.

The company now has offices in Berlin and London, as it has picked up business in Europe. Now Trifacta is looking to grow larger in Europe and to also build out operations in Asia, Hellerstein said.

Other companies selling data-cleaning software include Paxata and Datawatch.

New investor Cathay Innovation and existing investors Accel Partners, Greylock Partners, and Ignition Partners participated in the new round. To date, the company has raised more than $76 million, including the $25 million round announced May 2014.

Trifacta started in 2012 and is based in San Francisco. More than 100 people work for the company, Hellerstein said.

In October, Trifacta released the free Wrangler data-wrangling software, a stripped-down version of the company’s proprietary enterprise software. The software now has more than 5,000 users at 3,000 companies in 105 countries. The activity was “many factors higher than we had expected,” Hellerstein said.