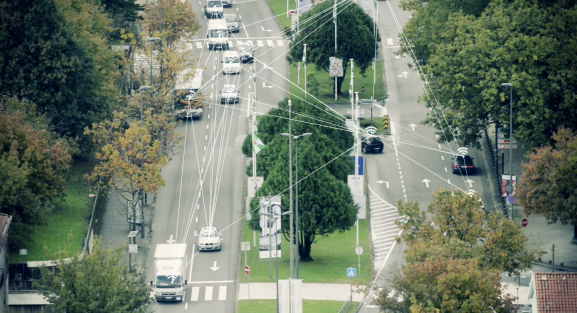 Veniam, which provides mesh network for automobiles, has raised a $22 million Series B round to bring Wi-Fi hotspots to more vehicles. The latest investment includes funding from Verizon Ventures, Cisco Investments, Orange Digital Ventures*, Yamaha Motor Ventures, True Ventures, Union Square Ventures, and Cane Investments. The company plans on using the funds to bring its platform and managed services to more of the world, moving beyond its initial market in Portugal.

What’s particularly notable about this round is the participation from not only two of the largest telecos in the world, Verizon and Orange, but also a major original equipment manufacturer (OEM) in Yamaha Motors. As Veniam founder and CEO Joao Barros explained, this firm has large fleets that will help extend the startup’s reach to new customers.

Veniam initially started in Porto, Portugal less than two years ago, but Barros said the company will launch in Singapore, its second market, sometime in the second quarter. It’s also looking to invest further in research and development to expand beyond urban transportation to other verticals such as goods, industrial spaces, and more. The company plans to scale faster and move more aggressively in the future, fueled by this new capital.

Barros explained that in Porto, Veniam is integrated with bus fleets, taxis, and garbage trucks — a total of 600 vehicles with more than 350,000 unique Wi-Fi users. The company is planning to recreate that network in other cities around the world, including in the United States.

With a goal of building the “Internet of moving things,” Veniam wants to enable free Wi-Fi in urban settings by leveraging one of the more common things in the area: vehicles. It has tapped public buses, taxis, and company fleets to not only provide Internet access to passengers, but to those out on the street, as well — all for free. Barros told VentureBeat that although consumers don’t pay anything, most of the time the service is sponsored, typically through a teleco — Vodafone, for example, sponsored the Porto network. This arrangement is similar to Facebook’s Free Basics’ service, except that Veniam enables users to access whatever sites they want, just like they would in a normal computer setting. To date, Veniam deals with six telecommunication firms.

The company believes that its mesh network is rapidly becoming the platform of choice for connected vehicles in fleets because businesses want to offer great Wi-Fi service, but don’t want to manage the logistics. Veniam combines DSRC-connected vehicle technology, 4G, Wi-Fi, and mesh networking to power the network infrastructure in any vehicle. The company will use anonymous data pulled from consumers to better understand microclimates, road infrastructure, population count, and more about the surrounding community.

Veniam’s Series B comes 18 months after it raised $4.9 million in 2014. To date, it has amassed a war chest of $27 million. The company declined to disclose its valuation.

* Disclaimer: Before joining VentureBeat, I worked at Orange Silicon Valley, which is associated with Orange Digital Ventures.